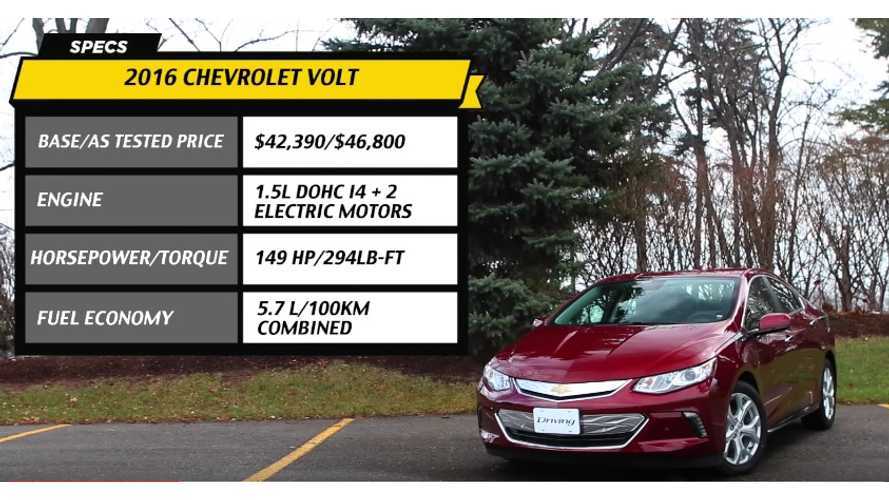 Driving.ca released a short review of the 2016 Chevrolet Volt (from Canada), which it considers an enormous step forward from the first generation Volt.

Great fuel economy, new infotainment and paddle shifter for regenerative braking on demand were mentioned among the pros, while lack of a full-size fifth seat is among cons.