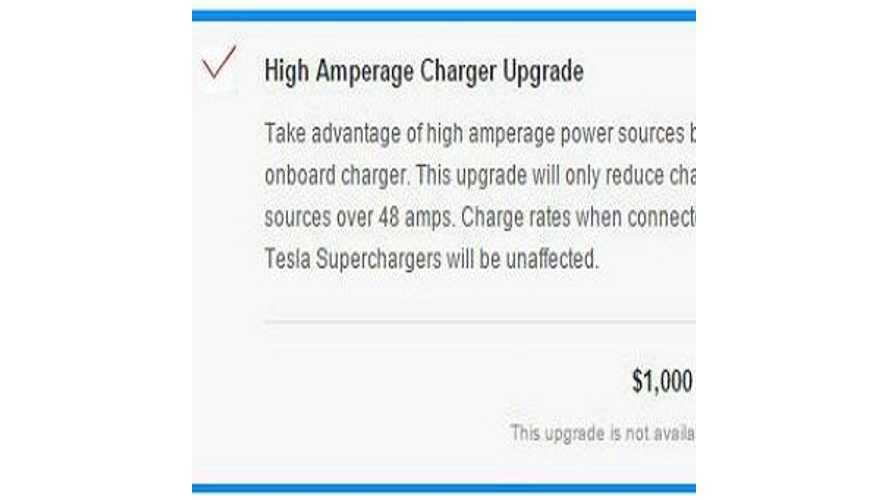 Initially it was thought that perhaps the Tesla Model X wouldn't be offered with an onboard charger of over 48 amps, but it's now been confirmed that an optional 72 amp onboard charger is available through a hidden ordering screen.

Why hide the higher power option? Well, it seems Tesla doesn't believe it's totally necessary at this point and would rather Model X buyers outfit their cars with the cheaper 48 amp charger instead.

“We are still recommending the 48-amp AC charger so we hid the High Amperage Charger Upgrade option.”

Here's the hidden screen, which can be accessed by typing charger in while in the Model X Design Studio:

The difference between 48 amp and 72 amp charger is significant, so $1,000 seems rather cheap if indeed you require the additional charging speed.

Here is the current EPA disclosure/details on the Model X: