Nissan CEO: EVs Are The Only Solution For The Future - Video Interview

The Geneva Motor Show is ground zero for all things automotive for Europe, and a major launching pad for new offerings - plug-in or otherwise.  So it was no surprise to see Nissan-Renault CEO (and Avtovaz Chairman) Carlos Ghosn making an appearance, and doing a little 'show and tell' with his company's most recent hotness. 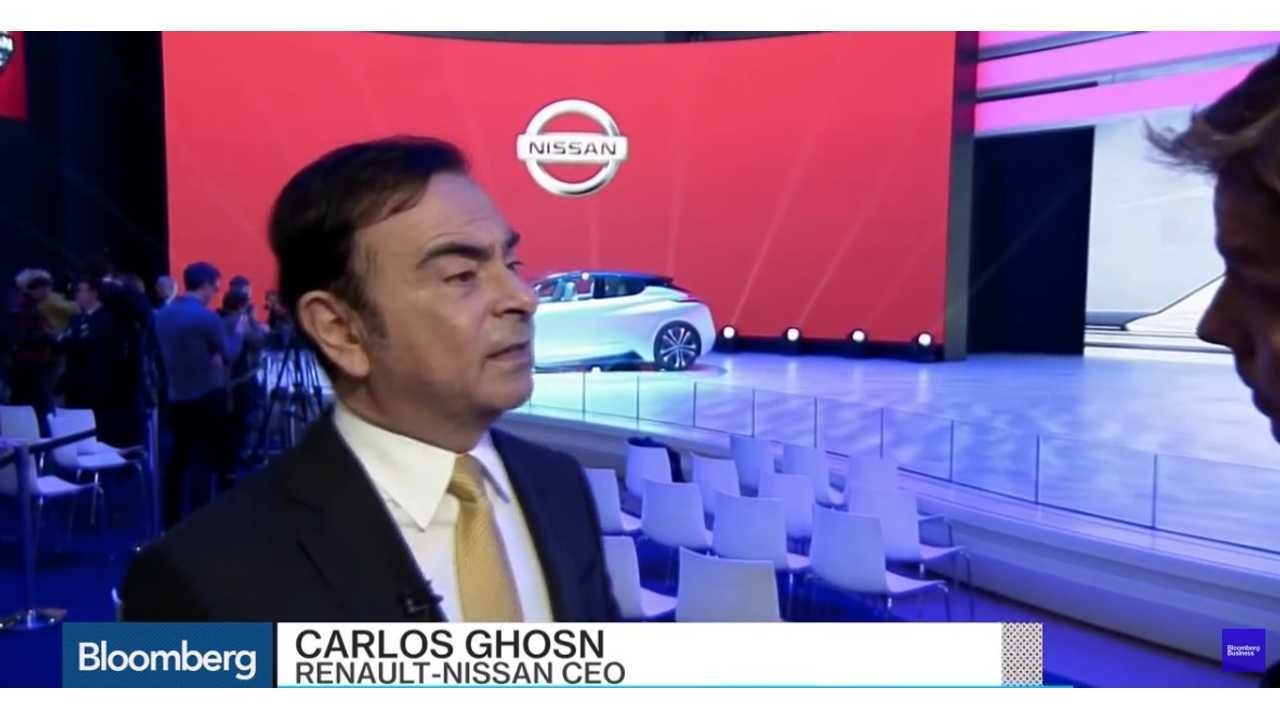 The IDS Concept (a 60 kWh, 200+ mile all-electric car that we feel is a thinly disguised look at the next generation Nissan LEAF), is one such European debut (details) that Mr. Ghosn attended this week.

And while on hand, Ghosn made some comments about the future of the plug-in technology - what it means to Nissan, the automotive segment, and the fact that VW's recent emission scandal has accelerated the urgency to convert to a plug.

Basically, the CEO says that 'Dieselgate' demonstrated you can't trust anyone, and that we need zero emissions to get serious about saving the planet as 'zero means zero':

"Without any doubt, because it has attracted the attention on the fact that even though the regulators are trying to do their best to say what is acceptable, and what is not acceptable, in term of emissions, there will always be conditions that the regulators cannot regulate.  So if you really worry about emissions, the only solution is the electric car because here you have zero emission, you have nothing to measure.

On top of this, as you know, COP 21 has lead to the conclusion that we cannot afford to have more than 2 degrees of heating of the planet 20 or 30 years down the road, and this means more zero emission cars"

Check out the whole interview by Bloomberg above.