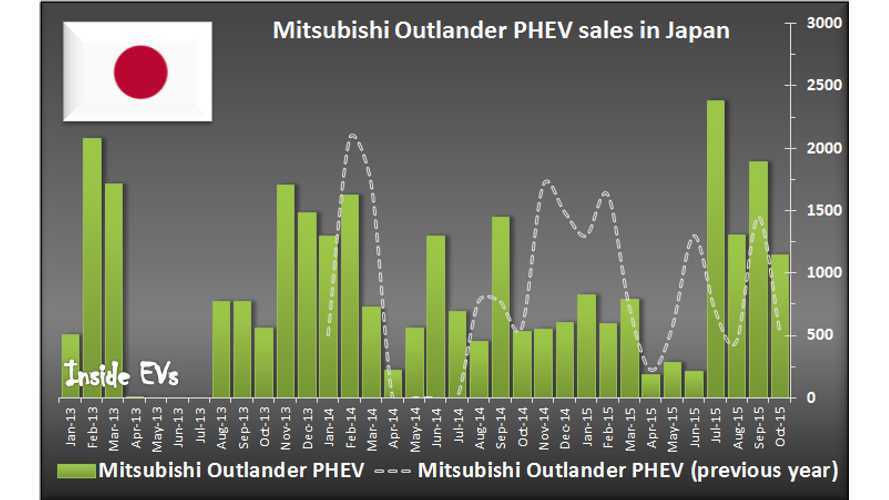 Mitsubishi Outlander PHEV is maintaining a strong pace of sales in Japan since the new 2016 model year was launched.

With 1,145 sales last month, and 113% growth year-over-year, the Outlander PHEV seems to really enjoy the fall - unlike its all-electric colleague Nissan LEAF which has been patiently awaiting the 30 kWh versions arrival in December.

In total, more than 29,300 Outlander PHEV have been sold to date in Japan.