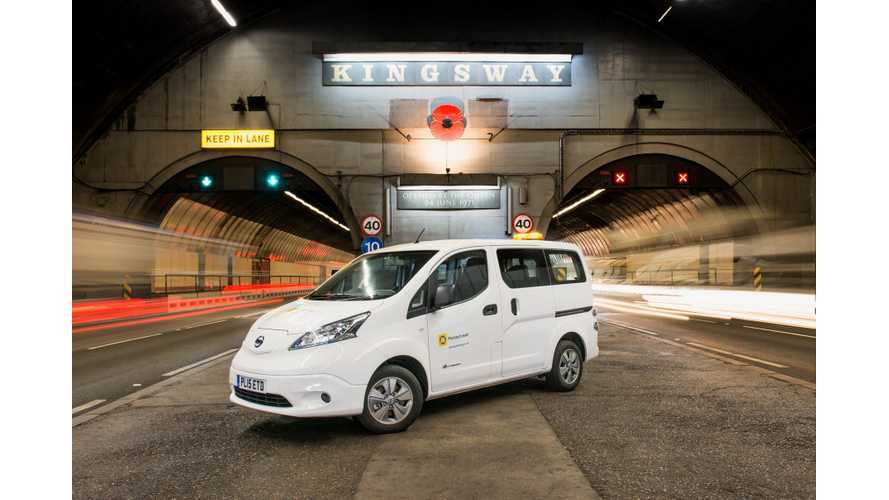 Underground is a natural environment for electric vehicles;  things such as mining equipment are mostly electric, as there isn't much fresh air to waste/spoil down there.

Apparently, someone remembered this at Merseytravel and bought three Nissan e-NV200s (beside the LEAF acquired a year earlier) to keep Liverpool moving.

"The local transport executive has added three e-NV200 Combis to its fleet of 40 vehicles for use by maintenance teams.

The eNV200s– which cost an average of just 2p a mile to run – are being used to transport workers and their tools around the Merseytravel estate including the various bus stations, three ferry terminals, seven tunnel ventilation stations and the two Mersey road tunnels: the Queensway and Kingsway.

With 90,000 vehicles crossing underneath the River Mersey every day, it’s Merseytravel’s job to ensure that the tunnels are effectively maintained in the most cost effective way.

By using the e-NV200, fuel costs are substantially reduced while it also helps to improve the local air quality as they do not emit any exhaust emissions."

“Our vision is for electric and other low emission vehicles to play a role in developing a vibrant low carbon economy across the region.”

“The introduction of more electric vehicles to our own fleet is another major step forward.”