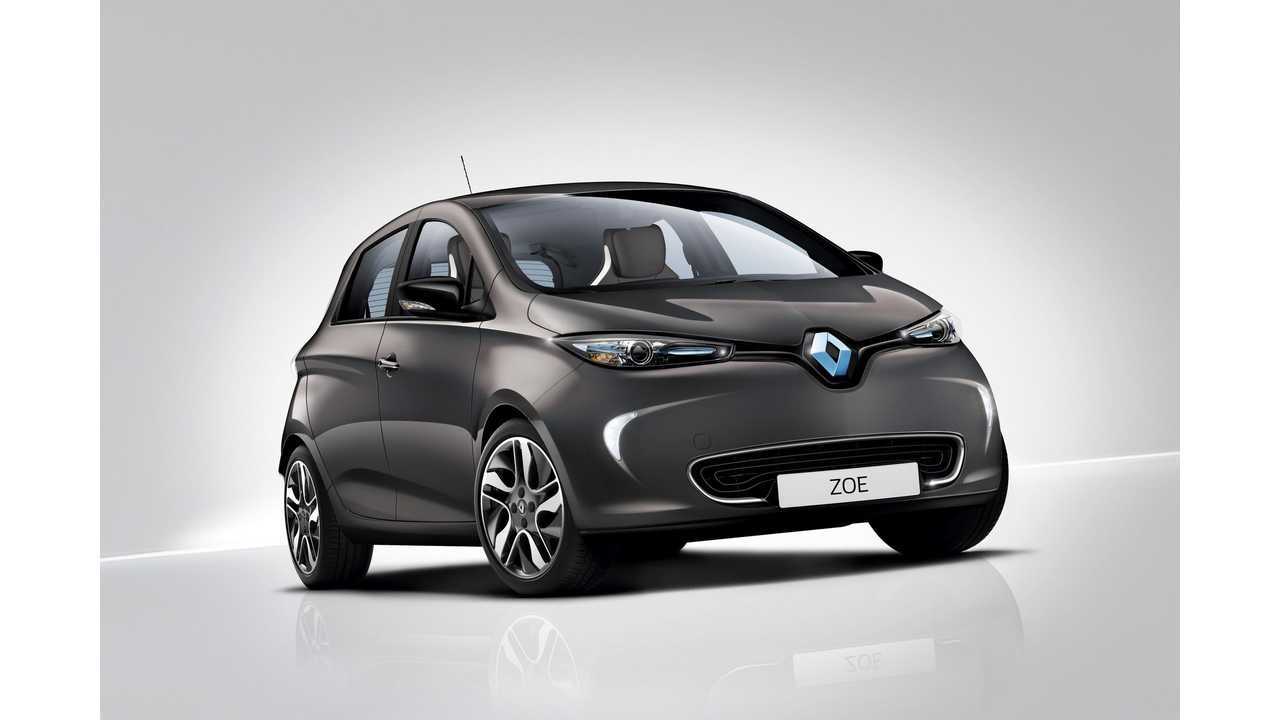 Renault didn't unveiled any new plug-in models at the 2016 Geneva Motor Show, but the French company did not forget about EVs entirely.

At the event, Renault took the wraps off special luxury version of ZOE - the Swiss Edition.

The Renault ZOE Swiss Edition has a special color, high-end upholstery and premium Bose audio system.  So basically, it's an optioned-out Zoe.

The good news is that it will now go on sale (not surprisingly) in Switzerland, and to other markets by year end (eventually with other names of the special edition) where standard ZOE exists.

A limited-edition version of the ZOE, with the focus on elegance

The ZOE Swiss Edition is a limited-edition addition to the catalogue of Europe’s best-selling electric passenger car. It targets customers who wish to benefit from the model’s environmental credentials and rewarding mobility while enjoying an exclusive touch of elegance, including particularly plush leather upholstery and a premium Bose® audio experience.

The limited-edition Renault ZOE Swiss Edition will be released this summer in Switzerland and foreshadows the new high-end version of the model that will be available for sale in all the car’s markets from the last quarter of 2016.

A new body colour and new wheels for extra chic

In addition to the original’s sleek, fluid lines which are perfectly befitting of a modern electric city car, the ZOE Swiss Edition’s exterior styling has been enhanced by discreet, sophisticated embellishments.

In addition to new 16-inch black Shadow diamond-cut wheels, practically all the existing body colours are available for the ZOE Swiss Edition which can also be specified with the brand new Yttrium Grey finish(1).

Outstanding leather upholstery, pleasing both to the eye and to the touch

The ZOE Swiss Edition’s upholstery uses only rigorously-selected hides of the finest quality. The seats are exceptionally plush, due notably to longer fulling of the leather compared with more conventional processes. The soft, natural feel of the skins is preserved thanks to the extremely high standard of their finish, while the use of varnish and other chemical agents has been halved in comparison with most leather upholsteries.

The seats’ striking appearance stems equally from the leather’s Pailleté Brown finish and refined stitch work, including gussets on the cushions and seat backs, top-stitching, and hot stamped badging on the front head rests.

A cabin that oozes elegance and comfort

The rest of the ZOE Swiss Edition’s interior matches the standard set by its elegant upholstery.

The dashboard features a soft-to-the-touch Metallic Fumé Grey finish and the same colour has been carried over to the air vent surrounds, R-Link console and door panels. The hand brake lever is trimmed in leather and the floor is protected by four thick braided velour carpet mats.

The ZOE Swiss Edition takes care of occupant wellbeing too, including heated front seats with a choice of three temperature settings. The driver’s seat is also equipped with manual lumber adjustment to adapt the seat back to the driver’s build. Last but not least, the ZOE Swiss Edition comes with electrically folding door mirrors for additional peace of mind.

ZOE’s silent ride due to the absence of engine noise and vibrations inherent in electric vehicles means occupants can benefit fully from the Swiss Edition version’s Bose®-quality sound. The car’s premium audio system comprises six high-performance loudspeakers and a compact woofer which deliver every detail of original recordings.

The two dashboard-mounted 2.5cm tweeters provide crisp, balanced sound which is backed up by the full, rich volume of the two neodymium bass speakers incorporated in the front doors and the two wide-range speakers fitted in the rear doors. The boot-mounted compact woofer contributes a deep, realistic low-frequency edge thanks to Bose® waveguide technology which reproduces the lowest notes with extreme clarity despite the woofer housing’s compact size.

The 2015 European electric vehicle market: Renault and the ZOE on top

Renault, the electric vehicle pioneer in Europe, emerged as the market’s number one manufacturer in 2015 with total sales amounting to 23,000 units for a market share of 23.6%.

The year also saw the Renault ZOE top the European electric passenger car market with a score of 18,500 vehicle registrations and a market share of 19.2%.

(1) The body colour of the ZOE Swiss Edition on display at the 2016 Geneva Motor Show is Givré Grey.