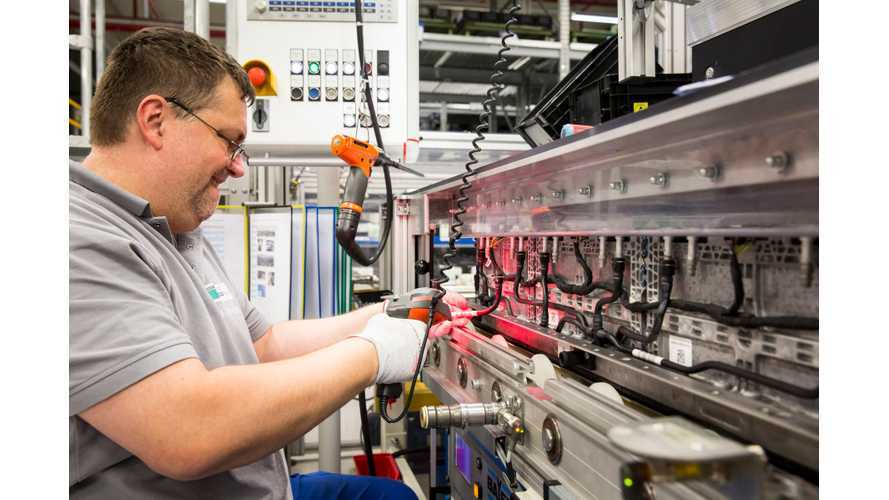 Battery developer, Deutsche ACCUMOTIVE, a subsidiary of Daimler AG, will triple its battery production through the addition of a second factory in Germany.

"To get closer to fully electric driving, we keep investing big in the key component of emission-free vehicles: powerful batteries. We are now devoting another 500 million Euros to build a second battery factory in Germany. This underlines our commitment to the consistent expansion of electromobility."

The new factory will produce batteries for Mercedes-Benz and smart. Daimler has already acquired additional land near the existing factory. Groundbreaking is set for Fall of 2016 with plans for full operations in place by summer 2017.

Demand is ever-increasing for lithium-ion batteries as electrified vehicle production grows. Deutsche is also expanding its opportunities and market into battery storage for private and industrial use.

Deutsche ACCUMOTIVE was founded in 2009 and currently employs over 380 people. Since 2012, the company has delivered over 70,000 batteries.

Interestingly enough, news changes quickly, as Zetsche publicly announced very recently that he was unwilling to invest in increased battery production in Germany:

"There is de facto a massive overcapacity in the market today and cells have become a commodity. The dumbest thing we could do is to add to that overcapacity.”

Possibly Zetsche just didn't want to share what was going on behind the scenes at Daimler . . .