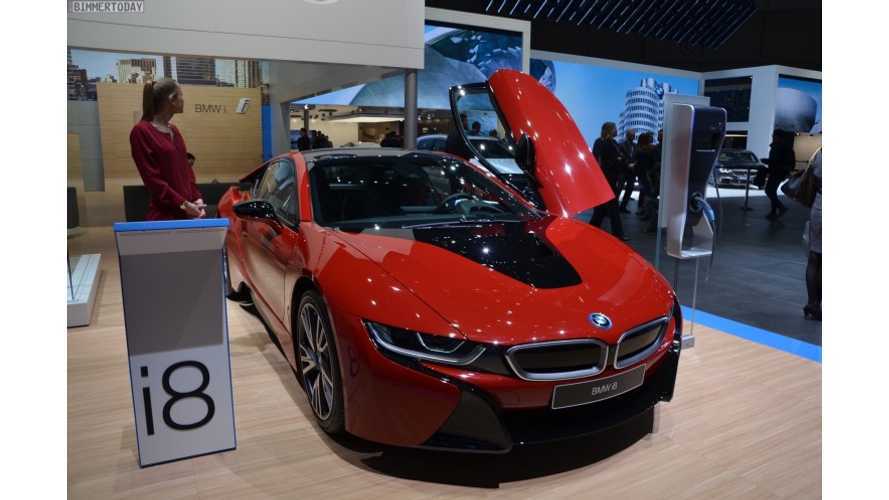 The previously announced, limited edition BMW i8 in Protonic Red made its world debut today at the 2016 Geneva Motor Show.

BMW says that additional limited-edition i8s will debut over time and notes that this is just the first in a continuing series of special i8s.

There are some special touches on the inside too, according to BMWBLOG:

"The interior will also gain some special touches, such as “i8” embossing on the front head restraints and the door sill strips bearing the lettering “Protonic Red Edition”. The seats feature double lap seams in red, and the red stitching is in evidence again in the door and side trim panels, echoing the exterior paintwork to perfection."

Production on the Protonic Red i8 begins in July 2016. Production will cease at the end of 2016.

Video below contains appearance of Protonic Red i8: