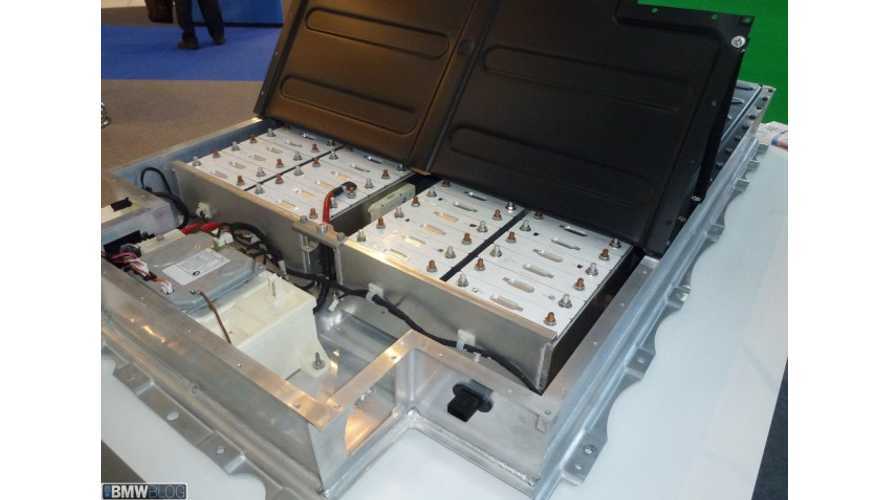 BMWBLOG is reporting that just a few weeks ago, BMW's former research and development chief, Herbert Diess (presently CEO at Volkswagen), announced that German automakers should look into producing their own battery cells either in house or at a battery facility to be constructed in Germany.

Following this announcement, BMW re-affirmed that it's fully committed to sourcing its battery cells from South Korean supplier Samsung SDI.

"Through a spokesperson, BMW has once again confirmed its partnership with Samsung and dismissed any claims made by the German media. BMW believes the Samsung battery packs are the best technology for BMW today, therefore there are no plans to change the supplier."

Which would rule out LG Chem as a supplier then too, despite the widespread belief that LG Chem is the world leader in battery technology.