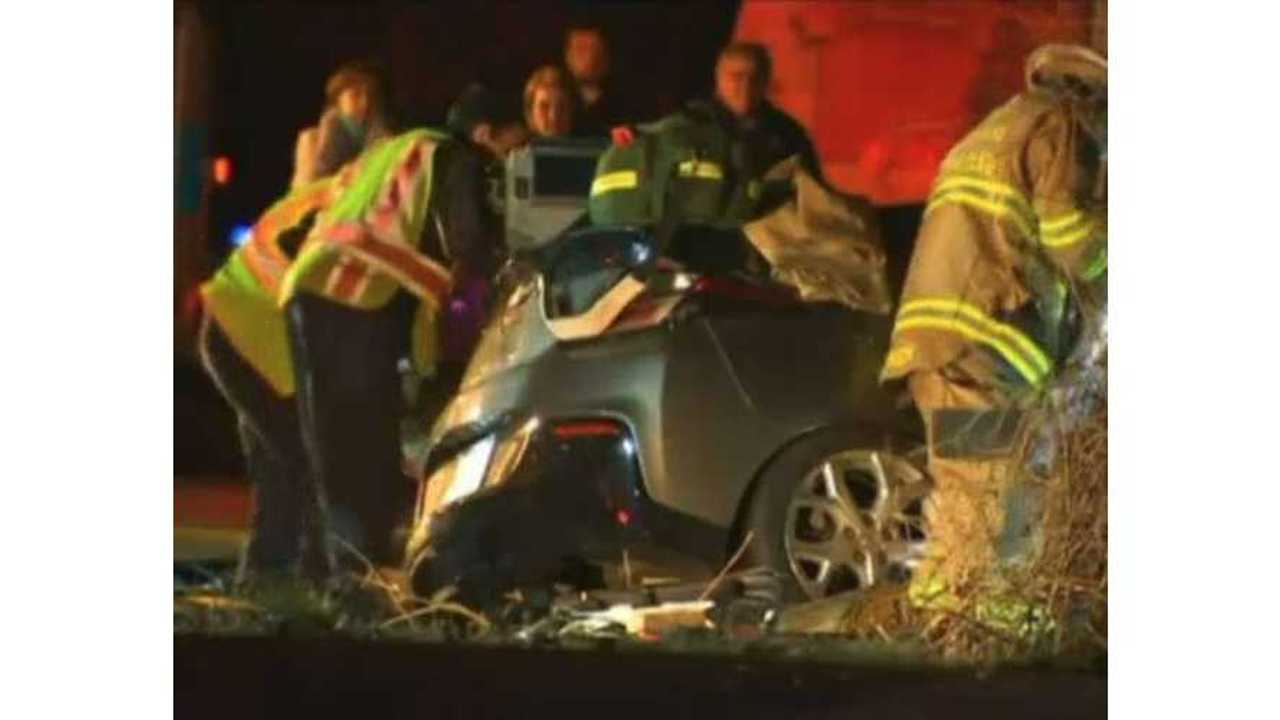 On 7 PM this past Saturday in Bethesda, Maryland, three occupants within a Chevrolet Volt lost their lives after a devastating collision at an intersection that's referred to as one of the most dangerous in the state.

A fourth occupant of the Volt is reportedly in serious condition and was immediately hospitalized with life-threatening injuries.

According to police, "a BMW was traveling west on River Road when it hit a Volt that was traveling east and attempting to turn left onto Pyle Road," reports NBC Washington.

To our knowledge this is this first fatality to be recorded in association with a Chevrolet Volt.

Our thoughts and prayers go out to those affected by this tragedy. According to NBC Washington:

"Helena Buarque De Macedo, 16, has been hospitalized with life-threatening injuries. Helena is a sophomore at Walt Whitman High School; her brother, Thomas, was a senior."

The driver of the BMW, Ogulkan Atakoglu, 20, sustained non-life-threatening injuries, but was still transported to a local trauma center.

Following this deadly incident, the State Highway Administration will open a new investigation into this intersection (described in detail in the video).

No charges have been filed at this time. The police investigation is ongoing.