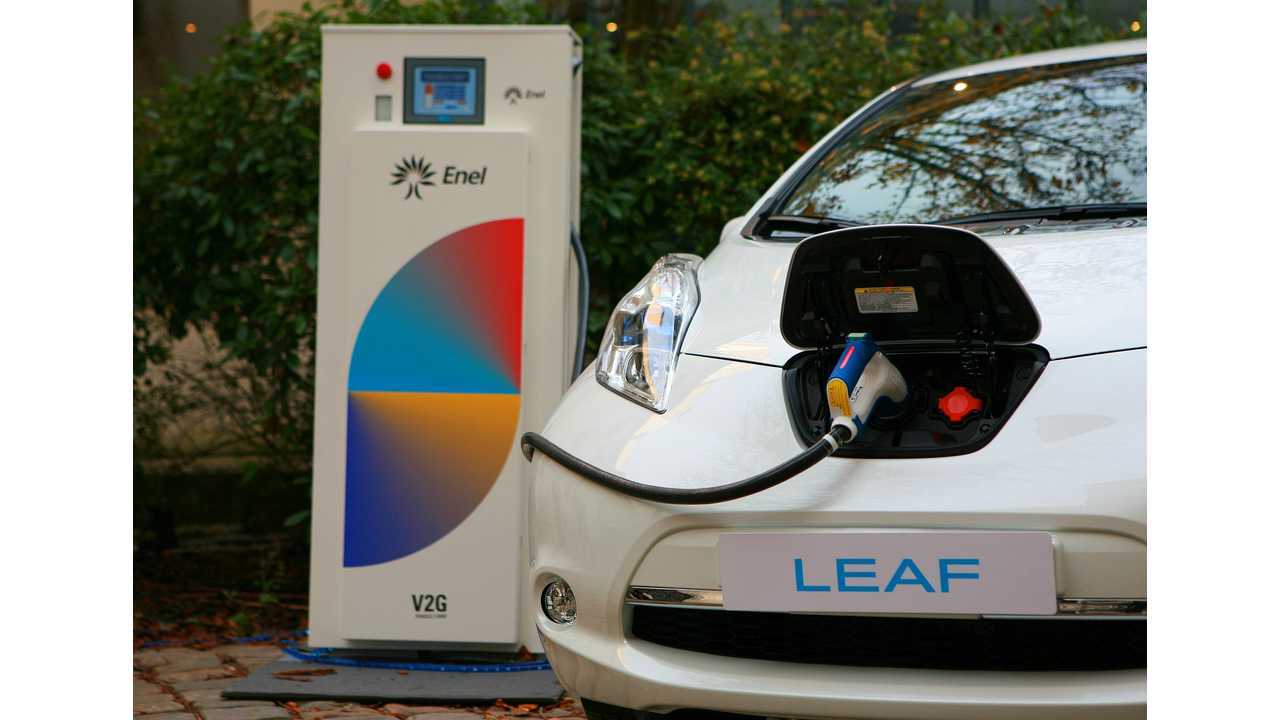 Nissan announced the largest second life battery storage and vehicle-to-grid project ever, with Enel and Eaton as partners.

ESS will be rated for about ~1 MWh energy (64 x 24 kWh would mean 1.5 MWh if they were new, so these packs each have approximately 67% of original capacity.).

There is also idea to do similar project in other markets.

"As the pioneers of the Nissan LEAF, the world’s best-selling 100% electric car, today’s announcement is representative of Nissan’s commitment to pushing its expertise in EV and battery production to the next level. The company is developing an ecosystem of technologies that work seamlessly together to create sustainable and efficient solutions for the future.

It also marks an important step in the company’s plans to make its Intelligent Mobility vision a reality in Europe. The integration of this technology is a clear demonstration of how cars in the future can be connected to social infrastructure such as road, information and electric power networks, and brings to life the vision’s third pillar – Intelligent Integration."

With 1 MWh of energy in ESS, and up to an additional 1-2 MWh in cars connected on the parking lot (100 LEAFs with 24 or 30 kWh) it will be decent energy storage for sure.

Nissan hopes to draw energy at off-peak and then use it during the day.

"The new building will feature 100 vehicle-to-grid chargers, from Nissan’s partner ENEL, allowing Nissan’s range of EVs to plug in and draw down energy from the grid at off-peak periods with the ability to “sell back” the stored energy to the grid. It will also feature a 1 MWh energy storage system, from Nissan’s partner EATON, the battery storage experts, powered by 64 Nissan LEAF second life EV batteries combined with solar energy generation.

The company hopes to extend this innovative battery technology to other major Nissan sites and facilities around the world over the next few years. The systems which will be installed at Nissan’s new French office will serve as a live test case of what can be achieved when electric cars are used to their full potential."

"By reducing grid dependency and using excess energy stored in EV batteries in a smart way, Nissan believes today’s announcement will be a game-changer in the way people and businesses utilise electric vehicle fleets.

The new technology is expected to slash energy costs at the new France office by reducing drawdown of energy during peak periods in favour of off-peak tariffs. The new energy management system will also decrease the amount of contracted power consumed from the local electricity supplier."

“At Nissan, we’re going beyond product. Innovation is about more than creating something new. It’s about making something better and finding solutions for the future.

“Nissan’s electric vehicle batteries extend our expertise beyond production to finding new and innovative ways to store and transfer energy.

“By demonstrating that electric vehicles can play an integral part in the energy management systems of the future, this project is a watershed moment on our journey towards a fully electric future.”