Most New Nissan LEAF Sales Likely To Be 30 kWh Version 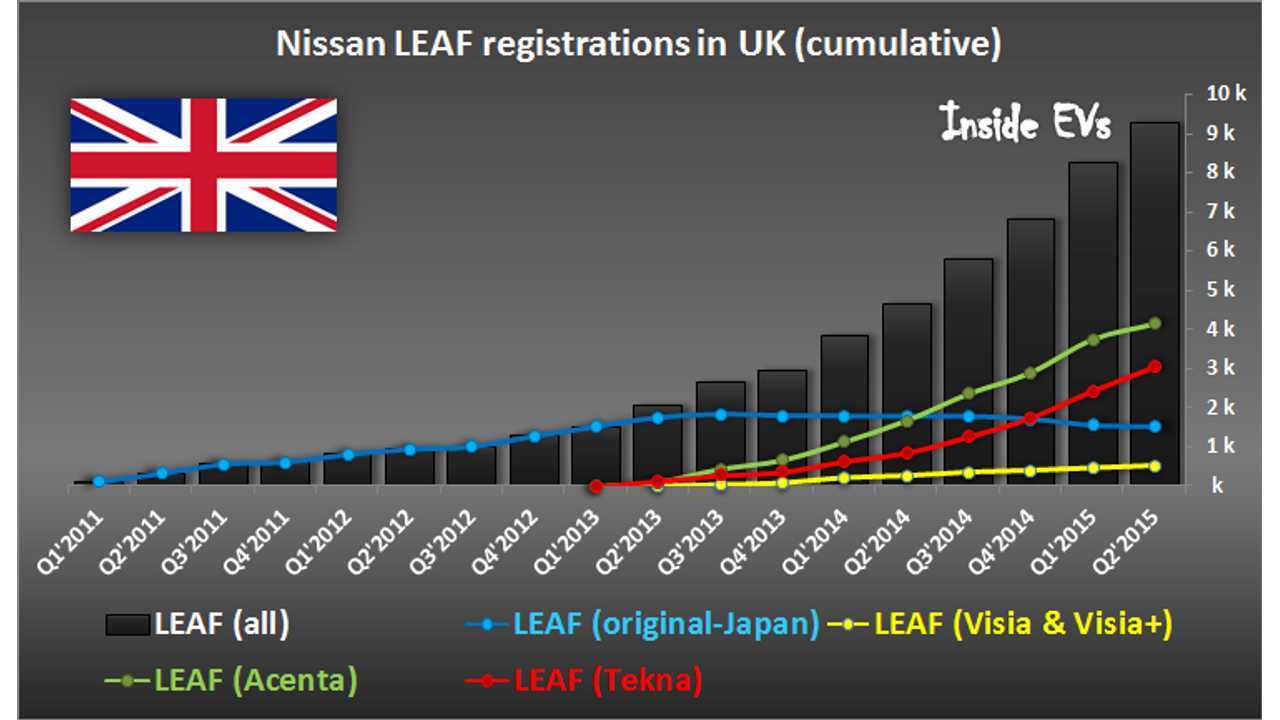 This forecast takes into account the fact that the 30 kWh battery will not be available in Visia trim (only offered in the higher Acenta and Tekna) or S in the North America (only SV or SL).

One would ask why? Well, consumers are often willing to pay more to buy higher-trimmed, better-equipped versions and the 30 kWh battery costs £1,600 (less than $2,500) more than the 24 kWh in the most popular Acenta and Tekna trims in UK.

If we check the graph, we see four Nissan LEAF curves - blue one is the only trim available in Europe for original LEAFs imported from Japan. Their registration number peaked at the end of 2013 and then decreased (for various reasons some cars we later unregistered).

In 2013, Nissan introduced the refreshed LEAF produced locally in Sunderland, UK available in three trims - Visia, Acenta and Tekna. As it turns out, not much more than 500 base Visia and Visia+ were sold through the end of Q2 2015.

Most all the sales have come from the better-equipped Acenta and Tekna versions (equivalent of original LEAF).

If well above 90% of consumers in the UK opt for higher-trim LEAFs, and now we can add one of the most important option of the 30 kWh battery for £1,600, how do you think sales will pan out? Highly in favor of the 30 kWh LEAF is what the numbers suggest.

The only question is whether a similar scenario will play out in other markets.