UK Buyers Prefer REx Version Of BMW i3 Over All-Electric 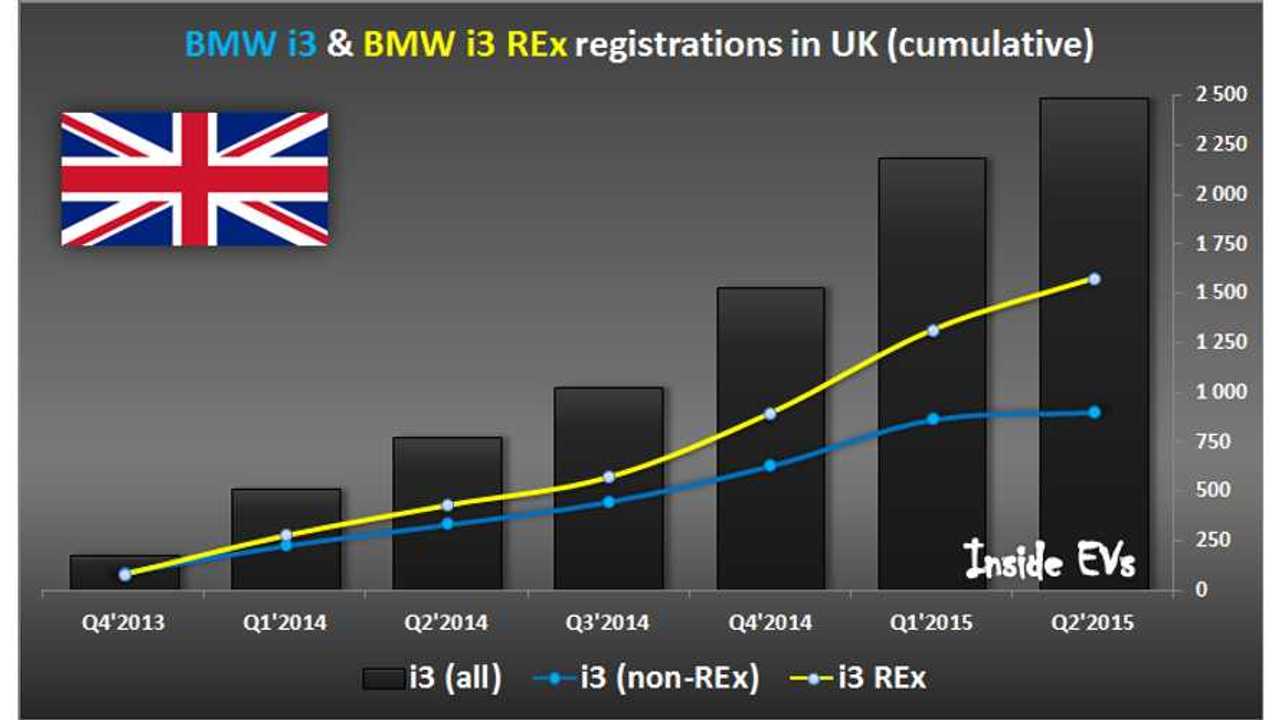 If we compare sales of the all-electric and range-extender versions of BMW i3 in the UK, we quickly notice that i3 REx is much more popular.

Through the end of second quarter of 2015, two REx were registered for every one non-REx version of the car.

At least at the current price point, British consumers are willing to pay more and be protected against situations when range might be insufficient.

Because REx is just a 25 kW ICE engine, performance with depleted battery are far from the potential of the 125 kW electric motor (normally powered from the battery). REx is mainly a tool for emergency situations and high ratio of REx sales shows us clearly that consumers have some concerns over range. In other words, a longer-range i3 (non-REx) could probably sell at higher levels than today's i3 BEV.