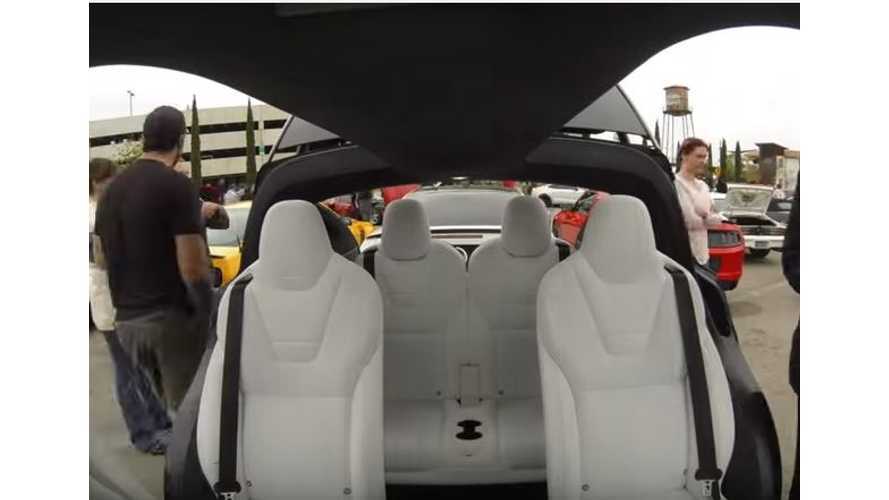 The video begin in a rather negative tone, but once we get past the "Cars and Coffee is typically so boring" discussion, the subject of the video (a Tesla Model X) becomes the focus and this clips turns out to be one of the more informative we've seen thus far of the X.

"Cars and Coffee is typically so boring that going there just to look at cars quickly loses its appeal after about thirty seconds of hanging around a parking lot where you can admire ten of the exact same Audi S4s only so much. If something you never see—like a McLaren P1—isn’t at the event, there’s not much of a reason to stick around."

"I recently ran into a friend who told me about Matt and his newly obtained Telsa Model X. But Matt’s Model X wasn’t even a regular one—as if such a thing could exist. It happened to be an exclusive version of an exclusive Model X: a founder’s edition to be precise."

You can read more at the source link below.