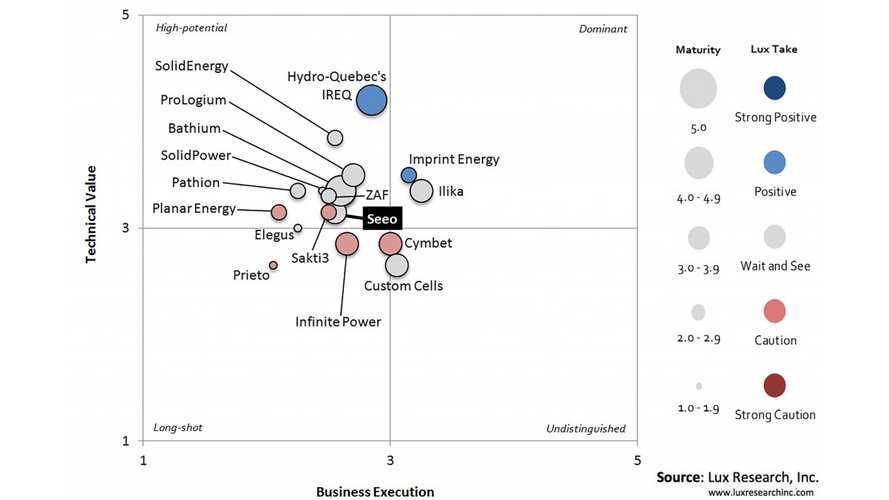 Investments in battery start-ups are (like in the case of most start-ups) risky. The recent acquisition of Seeo by Bosch convinced Lux Research to post a blog article.

Seeo is developing solid-state batteries with high energy density and Bosch believes that Seeo’s IP and research staff will succeed in producing its own battery cells.

Lux Research monitors the whole industry, including not only large manufacturers but also start-ups and, as it turns out, a bunch of them already were classified in the "Caution" category. Even Sakti3.

So, a lot of large companies investing in battery start-ups are trying to seize an opportunity. A big part of those companies probably will fail, but some have a chance at succeeding.