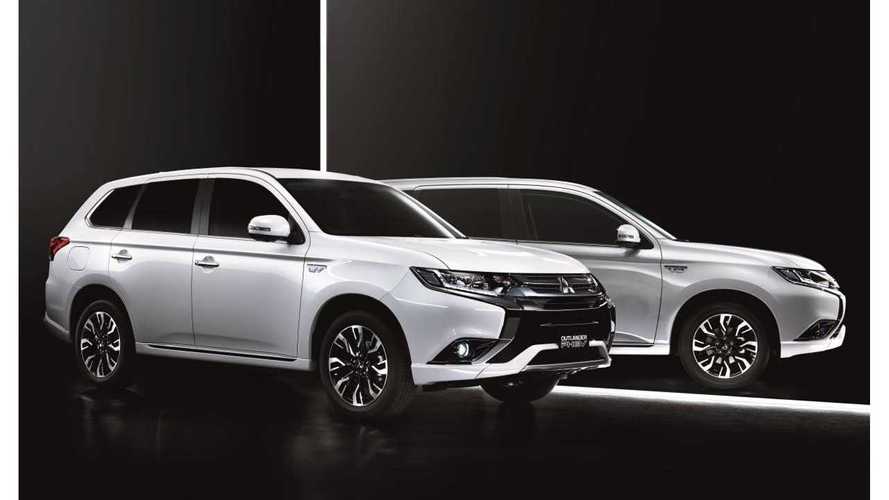 Despite the fact that the new Mitsubishi Outlander PHEV entered the Japanese market on July 9, two thirds of the month was enough to set an all-time sales record.

2,383 Outlander PHEV were sold in July

Previous record was 2,079 in February 2013, the second month of availability.

July's result ends a slow three-month period of sales below 300 units with few last generation models available.  After moving just 2,927 Outlander PHEV in the first half of the year, July's surge bring us to 5,310 and nearly 25,000 cumulatively in Japan.

The refreshed Outlander PHEV achieved one more success by breaking into the top selling models in Japan for first time (at least for this year). With 2,780 sales, Outlander stands at 25th in July.

More than 85.7% of Outlanders were PHEV, so the PHEV could be 30th best selling model even without adding sales of the conventional version.

Hopes for good sales in the coming months are huge, but more rational is probably 1,000-1,500 units a month in the longer term.

In the not-so distant future, the Okazaki plant must also feed new Outlander PHEVs to PHEV-hungry Europe, with the US market finally to follow in May of 2016.

Mitsubishi delivered around 114 i-MiEVs in July, while the Nissan LEAF crisis deepens to 694 (-51% year-over-year). By introducing the new 2016 LEAF, Nissan could reverse the trend like Mitsubishi did.