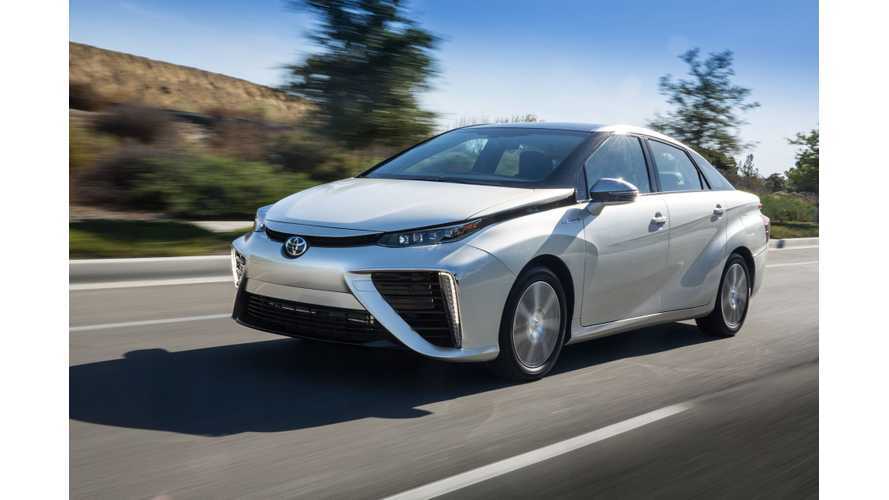 According to a Fully Charged November episode, the Toyota Mirai is a decent car to drive, and is some way reminds host Robert Llewellyn of the Prius.

It drives like an all-electric car (there is only an electric motor to propel the wheels), although there is small delay if you rapidly accelerate, probably because the fuel cell can't keep up with power output changes.

Range of some 300 miles and quick refueling are the biggest differences between Mirai and all-electric cars, at least in theory, because in practice hydrogen fuel stations need to be built out first.

The future is unknown and Fully Charged listed few concerns in video description:

Will Toyota's hydrogen fuelled offer be the start of the giant move away from fossil burning?

Will the fuelling infrastructure be developed?

It's a great car to drive though."