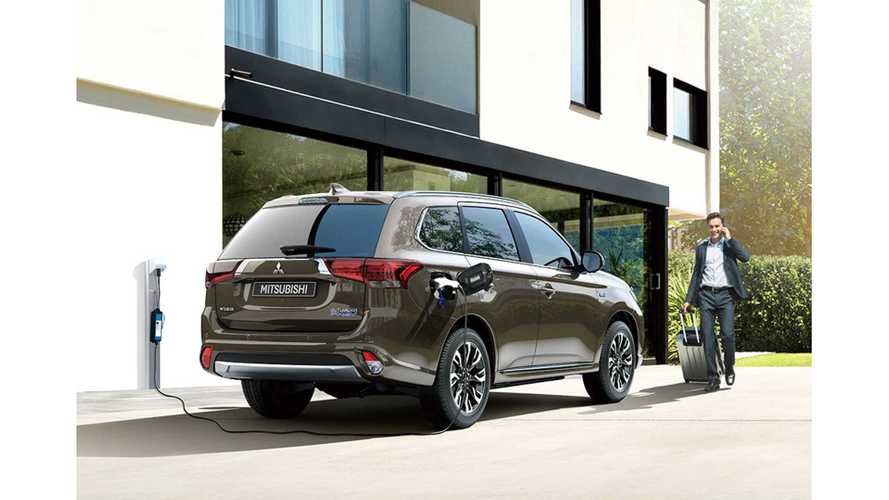 In Japan, 2016 didn't begin as well for Mitsubishi as it did for Nissan, but 801 Outlander PHEV sales is still just slightly less than 830 a year ago.

The Mitsubishi Outlander PHEV is still doing great in Europe, and with its upcoming U.S. debut (August), demand should be more than strong enough to keep the production line busy.

The worst situation playing out today in Japan is in the electric Kei-car segment (super compact), from which Mitsubishi first began its adventure with EVs.

The tiny Mitsubishi i-MiEV with a 16 kWh battery entered production in 2009 ,and was shortly followed by the Minicab-MiEV and Minicab-MiEV Truck.  Over 18,000 of those cars were sold in Japan alone, including 11,000 i-MiEV.

But in recent years sales have decreased as more able/larger plug-ins have arrived. For all of 2015, there was less than 1,300 sales reported.

Realistically speaking, sales of less than 100 units a month for three models is pretty poor from business point of view. The Minicab-MiEV Truck, which is below 1,000 cumulative sales, looks to be discontinued in March.

It's pretty sad that the Kei-car segment didn't take off, despite it's perfect application for electric drive. The reason primarily is the price and the failure to upgrade their abilities with new technology/larger batteries, while EVs are expanding much more nimbly from the high-end part of the market.