Next BMW i Car Gets Internal Name Of Project iX 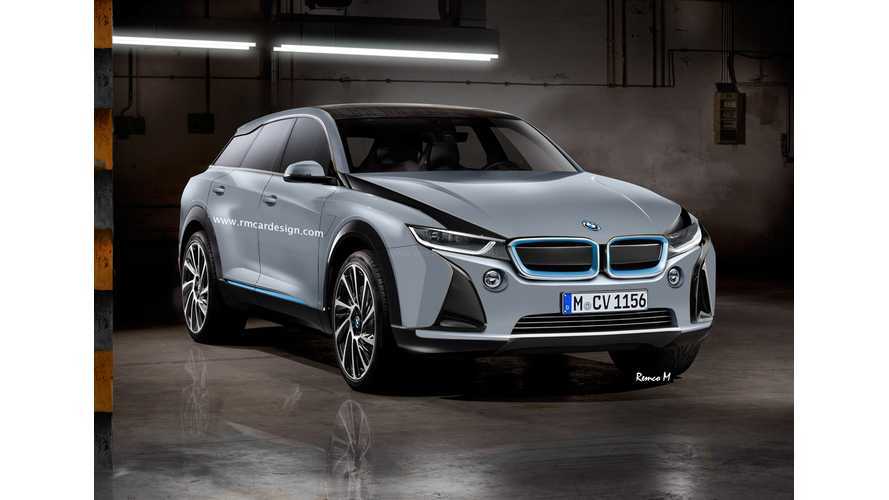 Details on the next BMW i car continue to trickle out.

It's believed that the next i car will be called either the i5 or i6, and will launch sometime around 2020, however BMW isn't confirming any of this information at this time.

What we do know is that BMW has given the next i car an internal name/code, so it's definitely in the works. The project is called iX.

"The third i-car has molted more than a snake, starting off life as a bigger i3 before becoming a minivan of sorts and then a sedanette with a stubby rear end. Now it’s a four-door hatchback with subtle SUV elements—bigger narrow-width wheels, additional contrasting cladding, and a less androgynous design—and a steel-intensive architecture."

"The underpinnings of the BMW i5 are known internally as FSAR, short for flat battery storage assembly, and are related to the standard rear-wheel-drive modular system, CLAR, so that multiple vehicle architectures can be channeled through the same factory. FSAR and CLAR will soon share more powerful software technologies such as Ethernet and faster 5G mobile telecommunications—prerequisite for fully autonomous driving."

So, much is still up in the air, but with an internal code (iX), it seems the next i car is at least confirmed and development is underway.