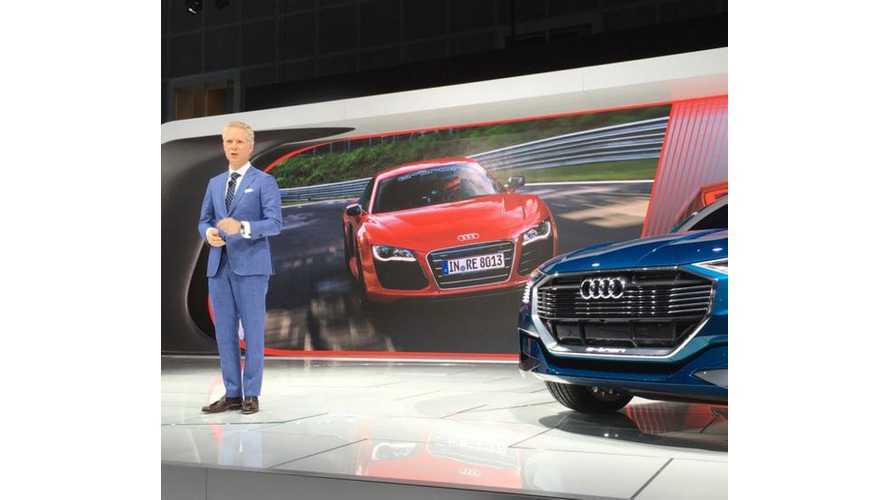 More specifically, Audi took to the stage to declare that it's "joining the electric revolution."

Usually, we'd discredit Audi, since the automaker has often promised, but seldom delivered, on the electric car front. However, following the diesel scandal, we now feel confident that Audi (as well as Volkswagen) are coming on board for real.

Chelsea Sexton (as well as Tom Moloughney) is on the scene in LA and her Tweets capture Audi's new direction.

Keogh: “We expect e-tron models will become 25% of our sales over the next decade.” #LAAutoShow #TheFutureIsNow pic.twitter.com/7EALthEgwH