Nissan LEAF Sales Continue To Struggle In August Against Future Self 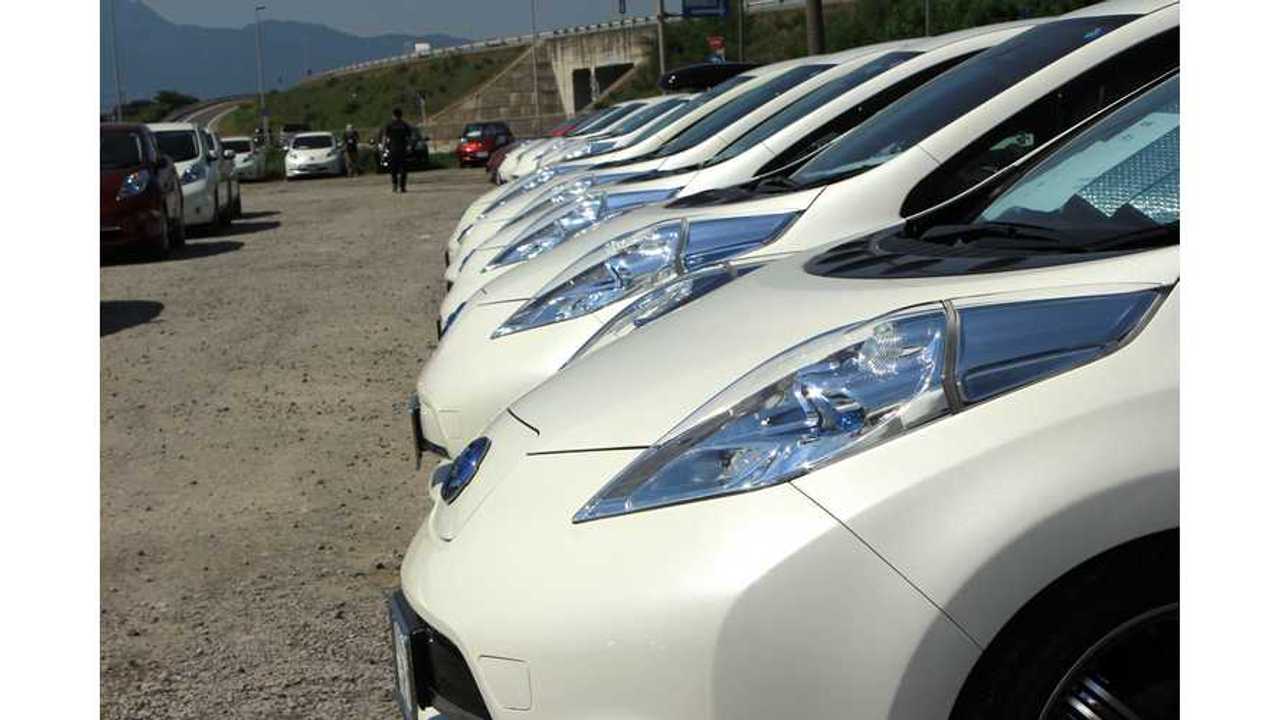 A curious thing has developed over the past couple months as confirmation after confirmation has come to light that a new, longer range (30 kWh) LEAF will shortly be going on sale in the US as soon as mid-September.

Clearly Nissan has decided that it is better to not disclose details on any new LEAF offering while it is attempting to sell down the older edition - which would be a smart decision, however the problem it seems is that everyone already knows what Nissan isn't saying;  the dealers know, the customers know.

This leads to an impossible buying decision, and poor sales - despite some pretty decent incentives on 2015s.

Unlike if a consumer was deciding between buying a 2015 Chevrolet Volt, with 39 miles of range, on sale today for $29,000 vs waiting a couple months for a new 2016 Chevrolet Volt for $34,000, the choice for Nissan LEAF customers has been:

The result from the unanswerable nature of this question, has lead to paranoid customers unable to pull the trigger on buying a 2015 model year LEAF this summer.

That 2015 LEAF sitting on the dealer lot might be a great steal compared to the new 2016 edition, but who can tell that?  And who is going to risk buying a 2015 LEAF today, when they know the new hotness is already in production at Nissan's Smyrna, TN factory?

Heading in August, Nissan has seen its share of the plug-in market in the US plunge to just 17.4%, the lowest year-to-date total in the brands history.  If you are looking for a silver-lining in August sales, the 1,393 sold actually lead the industry, just edging out the 1,380 Chevrolet Volts sold during the month.

As for the 2015 model year inventory specifically, Nissan still has about 3,100 of them yet to be moved in the United States - which is actually quite reasonable.

Our advice to Nissan - make with the new 2016 LEAF announcement already!