BMW i8 Crushed By Cement Truck 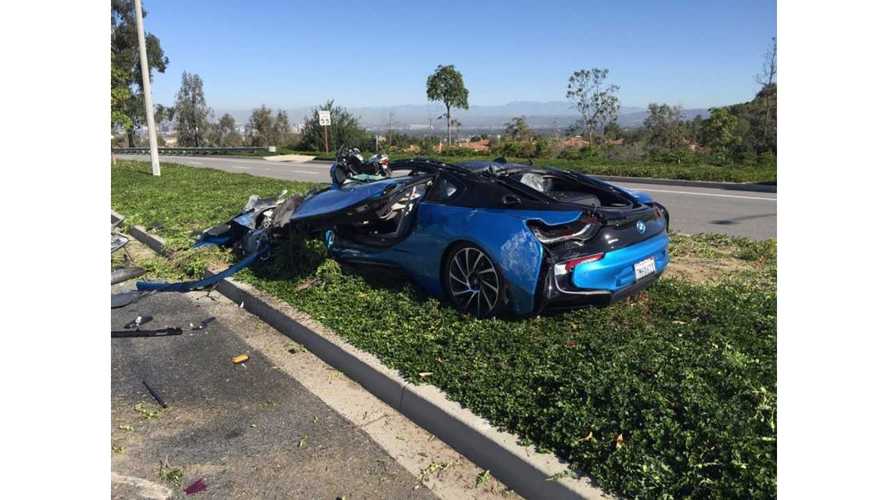 Last week, a cement truck collided with multiple vehicles, including a BMW i8, near the 73 off ramp and Newport Coast Drive in Orange County, California.

BMWBLOG describes the incident as follows:

"California Highway Patrol officials said the collision happened at 8:42 a.m. between a gardening truck and a cement truck, causing the cement truck to tip over into southbound Newport Coast Drive lanes."

"After the collision, the truck fell onto the BMW i8, according to Orange County Fire Authority Capt. Larry Kurtz."

Three injuries were reported, including one listed as in critical condition (two others with moderate trama injuries). The critically injured individual was taken to Global Medical Center where his condition improved, according to Orange County Fire Authority Capt. Larry Kurtz.

Once again, we see the BMW i8 can absorb a lot of damage.

We wish a speedy recovery to all the individuals involved in this wreck.