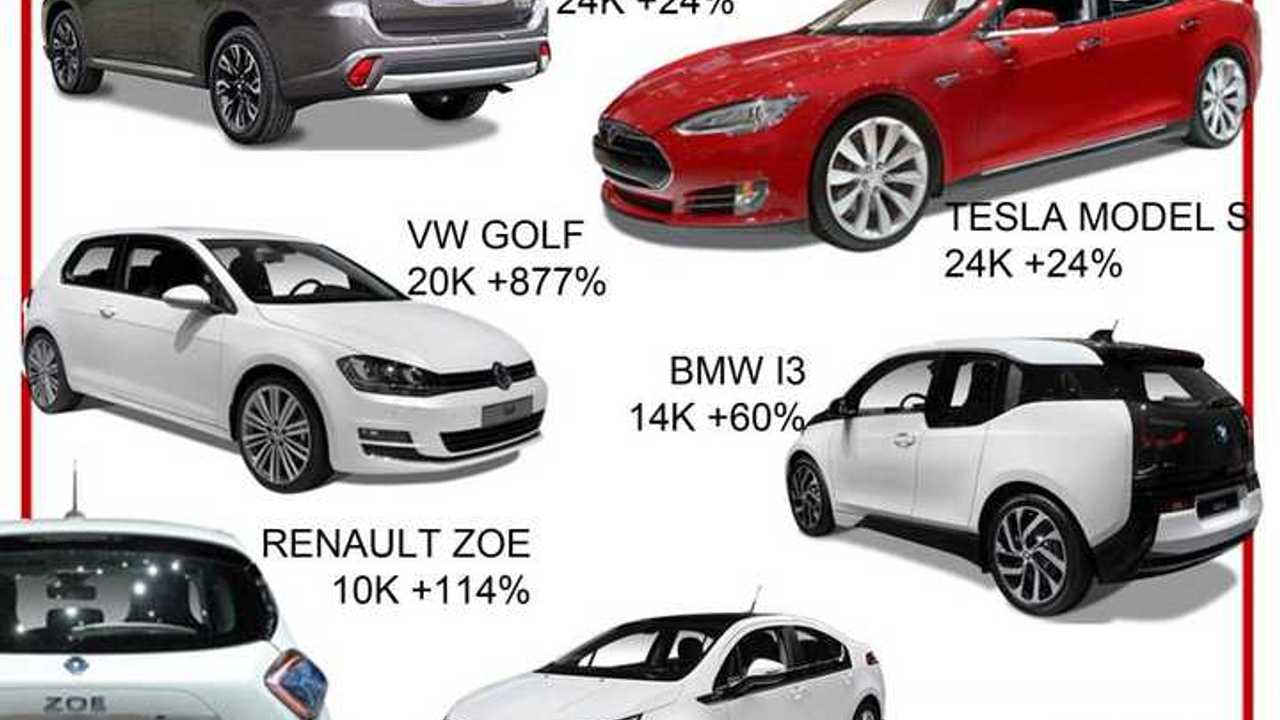 Most popular EV models in 2015 by end of August (source: JATO Dynamics)

JATO Dynamics forecasts that plug-in electric car sales will exceed 700,000 worldwide in 2016. Ten years from now, sales are to be more than 5.5 million.

"Electric passenger car sales totalled 280,000 units in 2014, representing growth of 43% compared with 2013. While this represents stellar growth compared to the overall market, in terms of volume, 84,000 additional units in a global market that sold more than 72 million passenger cars looks like a drop in the ocean. It also explains why electric cars are still a rare sight on our roads."

One of the main insights from JATO is that China will lead the way, while Europe will be in a strong second place, ahead of North America.

Most of the plug-in car sales will be plug-in hybrids, according to the report:

"LMC Automotive also estimates that the biggest winners will be PHEVs, with sales jumping 195% from 2016 to 2019 before reaching 3.3 million units annually by 2025. As a result PHEVs will represent around 60% of combined global sales for PHEVs, BEVs and EREVs. Pure electric (BEV) volumes are predicted to rise from 350,000 units in 2016 to 2.2 million nine years later."

Editor's Note:  We should note that going by the report/graphics that there appears to be some specific missing regional/manufacturers brand data in JATO's worldwide numbers (especially in China), but overall estimates appear to be inclusive/more general in nature. 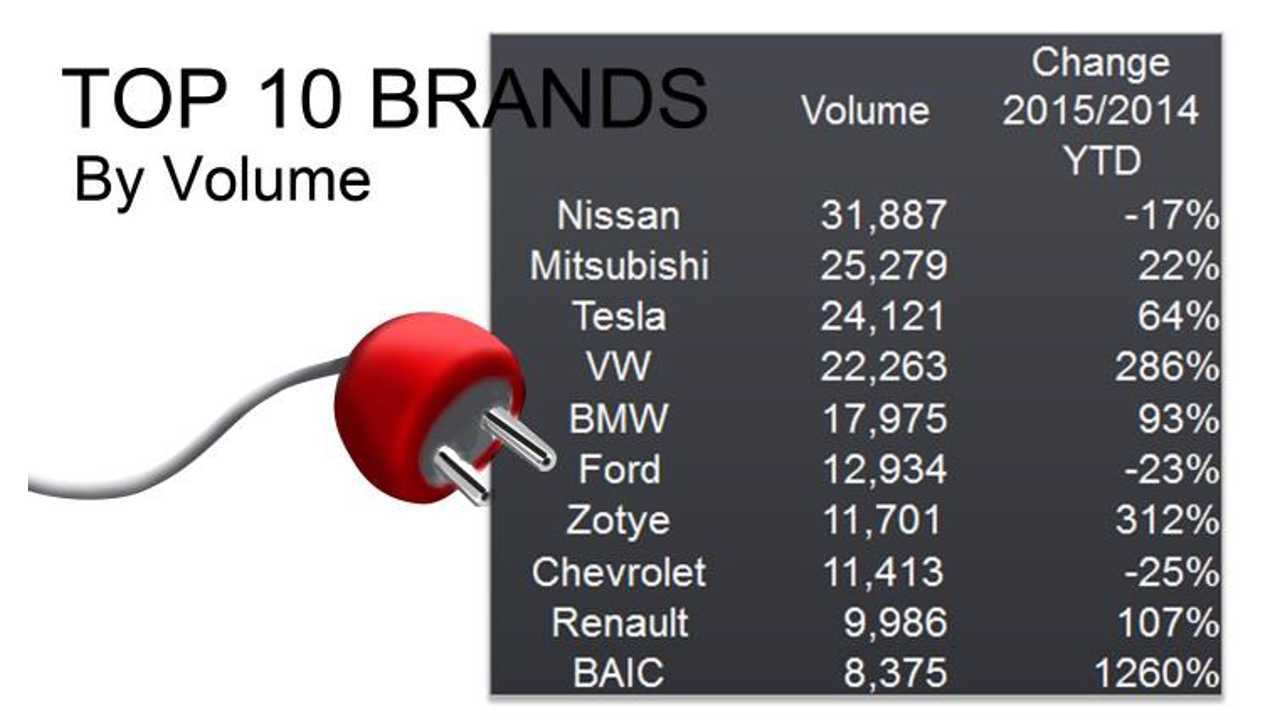 Most popular EV brands in 2015 by end of August (source: JATO Dynamics)