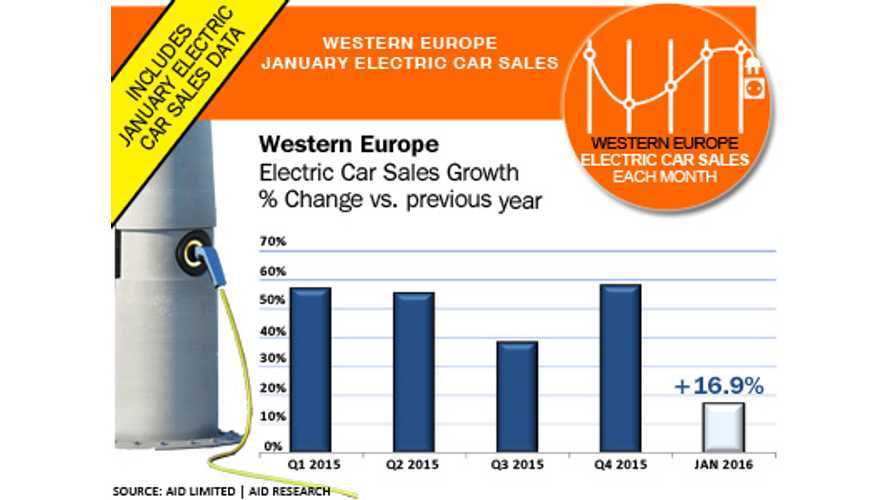 Pure electric car sales in Western Europe increased by 16.9% year-over-year in January, but EagleAID asks whether it's sign of slow down?  (of course it does)

"Januarys electric car sales pace in Western Europe slows to mere trickle - is scale back of cash-draining subsidies and cheap fuel to blame?"

Well, our simple answer is that after December run to buy an electric cars, for example Tesla in Denmark, and save some money (via incentives) in January sales are simply a bit exhausted.   There could be other factors as well like Nissan troubles with NissanConnect EV from mid-January, or perhaps just general monetary conditions as a result of January's unexpected economic malaise around the world that hampered all large purchase buying decisions.

However EagleAID seems to not express any enthusiasm about this year growth (again, as no surprise to us):

"January's poor turnout is expected to spark electric car industry fears that the absence of new purchase incentives in key markets like Germany, and worse still, the gradual scaling back of existing sweeteners in some markets could conceivably take all the heat out of the market.

Ostensibly, the question foremost on the industrys minds at present is whether January's comparatively modest rate of electric car sales growth could become the new normal for this and next year."