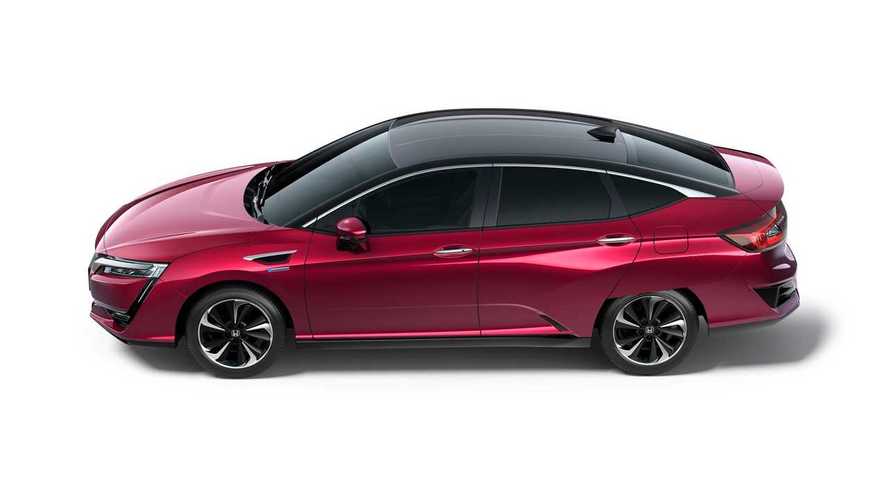 While the Clarity Fuel Cell will be available in late 2016 (California), we are at the moment more interested in the new PHEV announcement.

The upcoming Honda PHEV is to have 40 miles of all-electric range, three times more than the departing Honda Accord PHEV (13 miles EPA).

40 miles combined with all-electric highway capability would make it the closest competitor to the Chevrolet Volt.

Sales nationwide are expected by 2018, but pilot sales maybe will be launched earlier in some states.

In addition, the platform underpinning the Clarity Fuel Cell also serves as the foundation for a next-generation PHEV Honda will launch in the U.S. by 2018. This will be a new volume production vehicle in the Honda line up available nationwide. Featuring a second iteration of the two-motor hybrid plug-in system offering significant improvements in battery capacity and power, the next-generation Honda PHEV will offer more than triple the 13-mile all-electric range of the Accord Plug-In Hybrid Sedan. This range will enable a zero emissions commute for the average American, while increases in power will enable EV operation at highway speeds."

As the 40-mile plug-in hybrid will be in many ways similar to the Clarity Fuel Cell, the hydrogen version is worth checking out in LA to get some glimpses of what to expect from Honda:

"Honda will begin deliveries of the Clarity Fuel Cell to customers in late 2016 through select fuel cell dealers in select California markets starting in Los Angeles and Orange Counties, the San Francisco Bay Area and Sacramento. Eventually, Honda will expand the scope of its marketing to additional California markets and other states, including the Northeast as hydrogen refueling networks expand. The Clarity Fuel Cell will be priced competitively with others in the segment and Honda expects its new generation of environmental vehicles, which includes the Clarity Fuel Cell, to serve as a new volume pillar for Honda.

Customers interested in the Clarity Fuel Cell are encouraged to sign up at http://www.HondaCars.com/Honda-FCV where they can receive more information and sign up for the opportunity to become a future Clarity Fuel Cell customer."