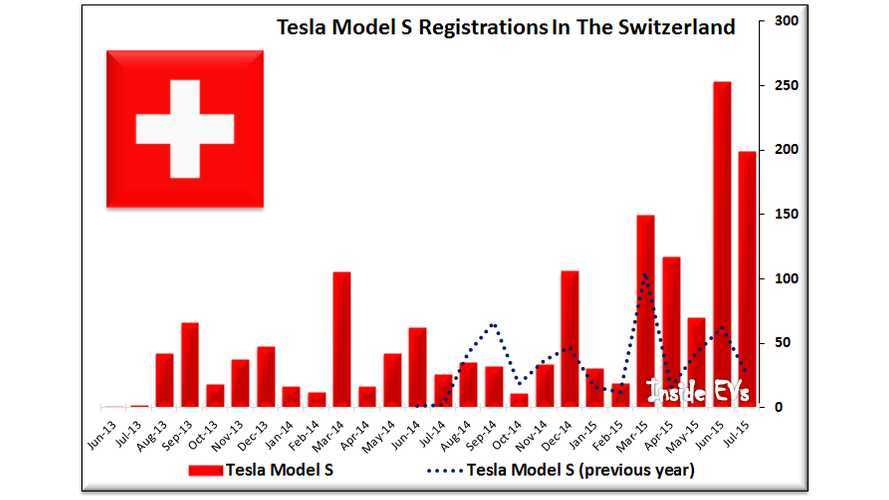 Tesla Model S in the Switzerland

Tesla Model S is booming in Switzerland after introduction of the four-wheel-drive versions (P85D and 85D).

In just June and July ,Tesla sold some 450 units, while YTD number of registrations stands at 837.

Over 87% (730) of all Model S sold this year in Switzerland are AWD, according to EagleAID! In general, around 40% of cars (record high) bought by Swiss drivers are AWD.

Most important is that Tesla is eating market share of the luxury segment:

"With deep-seated range-anxiety fears almost eliminated with Teslas claimed 420 km range for the Model S, plus the popular aspect of safety from four driven wheels, Switzerlands rich and famous appear to have warmed to the idea of dumping their traditional luxobarge cars for a top-notch green-halo electric saloon from the worlds youngest prestige car maker

Thats the message from latest Swiss car sales figures showing that during the seven months to July this year the Tesla Model S on its own was responsible for some 835 sales, outselling combined Swiss sales of Luxury-Segment dominating chariots such as the Mercedes S-Class, Audi A8 and BMW 7-Series during the same period."