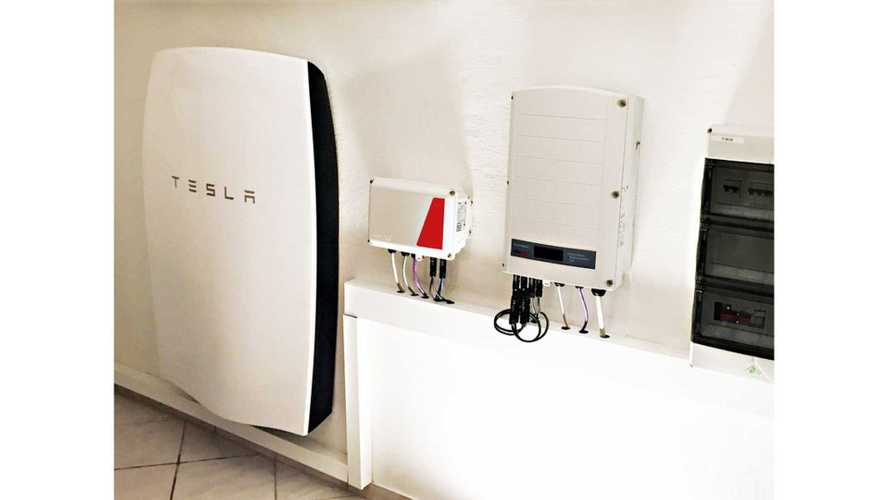 Germany is the largest and probably the most important European market from business point of view for the company looking to get into the ESS space.

Installations are conducted by local certified installers. One of them, Praml reported the two first projects completed. On the photo above you see system combined with solar inverter.

According to the source, two people can install the Tesla Powerwalls in around five hours.

The battery pack is liquid cooled, which causes “light noise”, so it's good to install it in the garage. The specs prevent operation of the Powerwall under -20°C (-4°F), so in the winter temperatures for much of Europe it could go lower that that threshold from time to time, which is another reason that makes garage right choice.

Praml states it has completed more than 300 ESS installations prior to their Tesla contract.

The other certified installer we know of in Germeny is Memodo, of which recently received delivery of some 25 Tesla Powerwalls (see video).