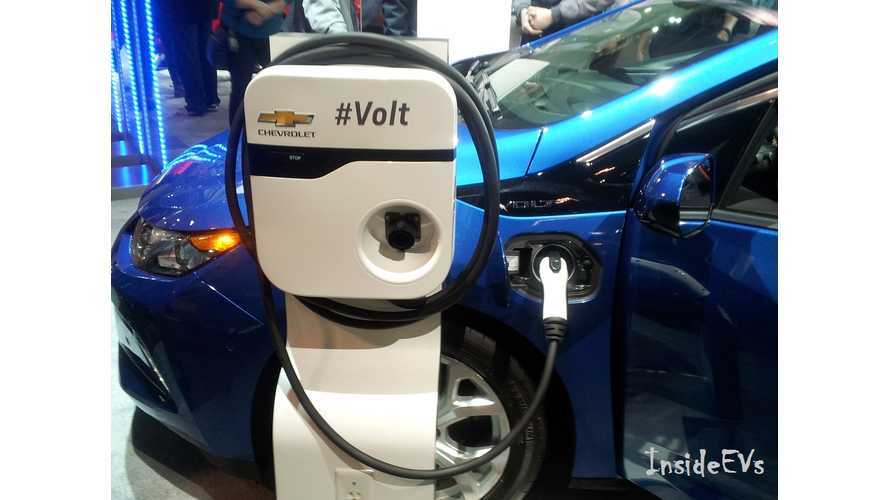 Look! Just after 17 days after the start of 2017 production, actual customer cars arrived in Michigan for delivery! Has to be some kind of record right?

For starters, they sold a respectable amount of cars - 1,126 worth.  A number that represents a 63% gain over a year ago, when the company moved just 693 units (fully feeling the effect of the new model's debut the month prior in Detroit)

And secondly, despite only beginning production of the 2017 model year edition of the Volt on February 1st, they managed to build and ship the first of those models from their Hamtramck assembly plant to nearby Michigan dealers within ~3 weeks, which has to be some kind of record.

That was a good thing too as GM didn't build a heck of a lot of the 2016 cars (and they had sold down to its last ~1,700 copies in February).  A slow ramp of the 2017 Volt would have meant some serious inventory holes for the 53 mile extended range EV.

The 2017 Volt is a now national offering, and as such we should note that inventory is still thin, entering March at about ~1,000 cars (and far from ideally spread out), but as it could have been so much worse, we have to give GM props - they are working hard and fast to get those Volts out to eager customers.

Also of interest: GM's other extended range car, the Cadillac ELR sold 91 copies in February, off 28% from a year ago when 127 were moved.