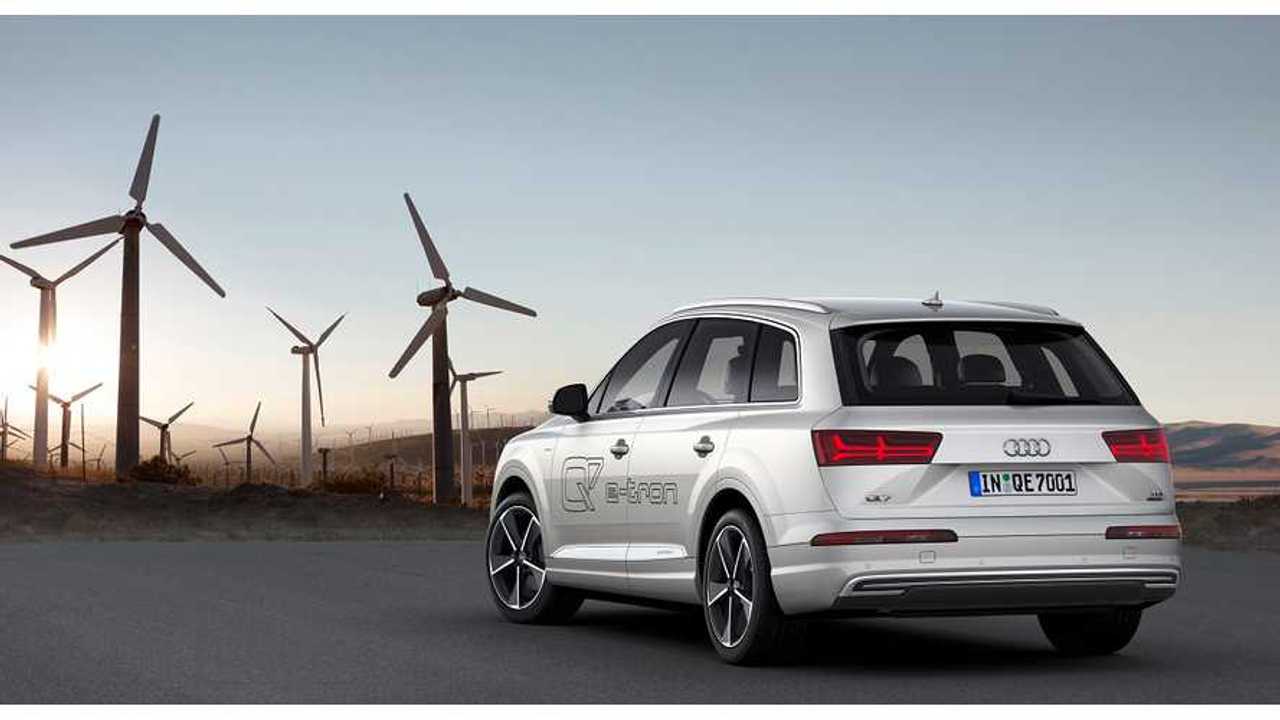 The vehicle will premier in Australia later in the year. The odds of seeing this diesel PHEV ever coming to North America seem extremely slim.  The range of the PHEV is estimated at 55 km/35 miles via a 17.3 kWh battery.

“We are confident it’s coming” to the States during the 2018 calendar year—and “perhaps even in 2017.” The decision on whether to use the 2.0-liter TSFI four-cylinder gasoline engine or the 3.0-liter V-6 TDI diesel “is not decided yet."

Of course we know that Mr. Dahncke, was hedging his knowledge of the Q7 e-tron release date, as a recent leak apparently pegs the launch specifically for October of 2017.

Most sources are placing their bets on the gasoline engine.

The Q7 uses a new Predictive Energy Assistant that will cut diesel consumption. It will also utilize a heat pump that draws heat from the engine to more efficiently warm the cabin.

Unfortunately, due to the needed space for batteries, there will be no third row seating. Audi has also developed an app for controlling the vehicle remotely.

With pricing comparable to the Porsche Panamera S E-Hybrid, it is surely not within reach as a standard family SUV.