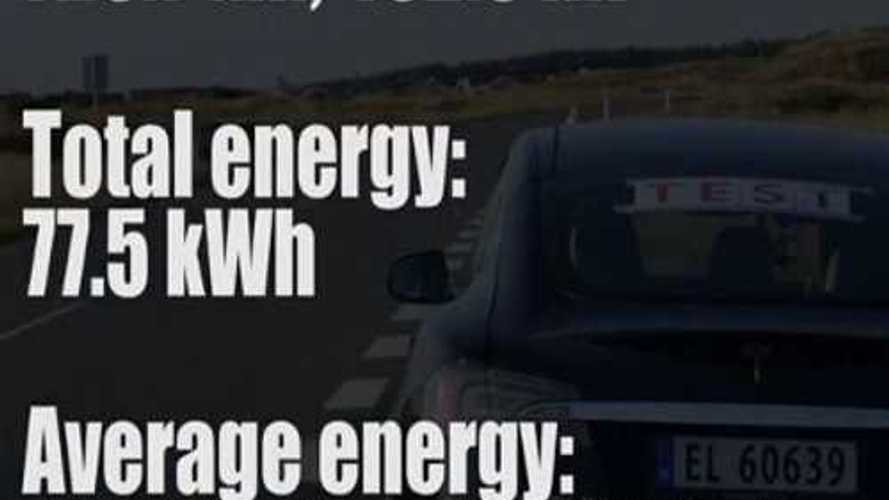 According to Nyland, he was able to go 452.8 miles on a single charge.

Of course, this was achieved at low speeds (25 MPH or so, says Nyland), but still this is a remarkable achievement considering that the EPA rates the ranges car at 253 miles (combined - highway/city).