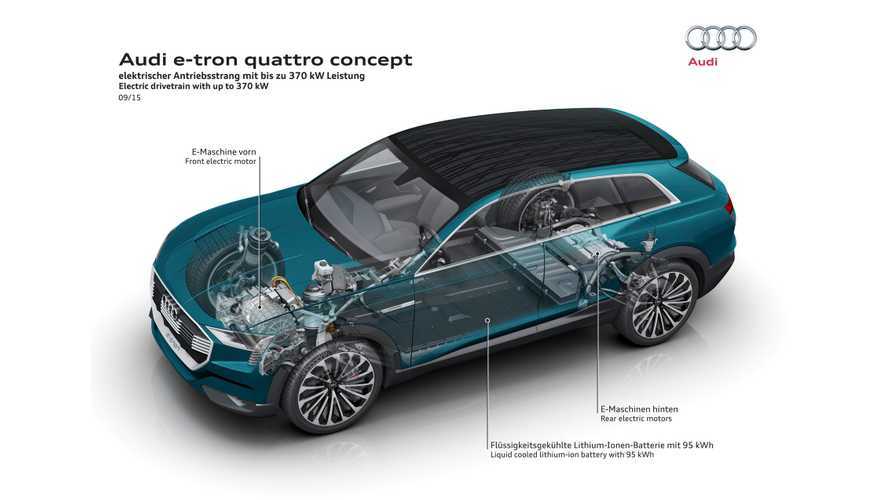 Carmakers needs to raise the power bar for DC fast charging to enable their upcoming long-range electric cars to charge in half hour or so (at least to 80% battery capacity).

Audi is one of the first among mainstream manufacturers to announce a long-range BEV, so now it must lead the way (and exceed 100 kW charging, like Tesla already did).

The new Audi Q6 e-tron with a 95 kWh battery would need about an hour to replenish the bulk of battery in one hour at today's high end CCS charging abilities (~100 kW), but at the unveiling of the EV, a 150 kW capability was announced.

Additionally, the 150 kW must be transferred by the Combo connector (Combo type 2 in Europe and Combo type 1 in North America), so as to not introduce a new charging standard. The charger must be backward capable, meaning that it has to efficiently charge at 40-50 kW for short-range EVs that do not accept high power.

Another question is whether Nissan and other companies will increase the available power output of CHAdeMO to 150 kW to match Combo?

"Quick and easy charging on the road is a key prerequisite for a breakthrough in electric mobility. That is also why Audi is actively involved in the Charging Interface Initiative e.V. (CharIN). This promotes technical standards in the field of Combined Charging Systems (CCS). The next step is charging with 150 kW of power.

The Combined Charging System (CCS) makes it possible to charge electric cars with alternating current (AC) or direct current (DC) via a standardized charging interface known as the Combo plug. The corresponding technology is already on board the Audi R8 e-tron – an electrically powered high-performance sports car – and in the Audi e-tron quattro concept car. In just 30 minutes, the battery of the Audi e-tron quattro concept can be charged with enough electricity for a range of more than 400 km (248.5 mi). When the battery is fully charged, it has a range of over 500 km (310.7 mi).

At the ELIV Congress in Baden-Baden, Audi is presenting the first results together with its CharIN partners: equipment and automobiles that are suitable for charging with up to 150 kW. The founding members of CharIN include Audi, BMW, Daimler, Opel, Porsche and Volkswagen, TÜV SÜD and two manufacturers of industrial plugs: Mennekes and PhoenixContact.

The official charging solution of the European Union, which is based on the international CCS standard, is already in force today and will be fully implemented by 2017."

Ricky Hudi, Head of Development for Electrics/Electronics at AUDI AG, said at the “Electronics in Vehicles” (ELIV) congress held in Baden-Baden:

“Together with our partners in the CharIn initiative, we are fully focusing on quick charging stations that are based on the CCS standard. This method is powerful, thoroughly developed and convenient."