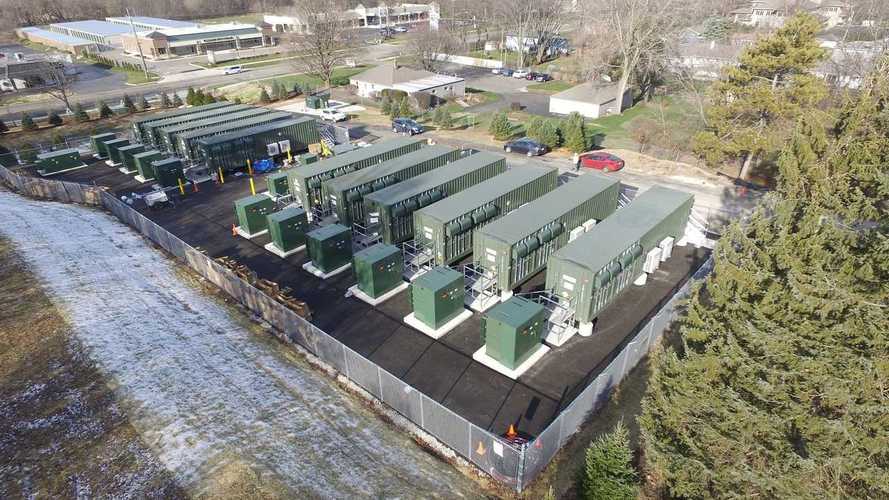 The 20 MW (22MVA) system (no MWh numbers detected) was supplied by BYD America. BYD delivered both the lithium-ion batteries and power electronics.

"The energy storage system, located in McHenry County, Illinois, added 40 megawatts (MW) of flexible capacity (20 MW nameplate) to the PJM Regional Transmission Organization (RTO) and will participate in both the regulation and capacity markets."

According to the press release, EDF Renewable Energy now has over 100 MW of ESS in development across North America, while EDF operates some 800 MWh worldwide (from long duration storage to frequency response).

"An EDF Company, recently spun out of EDF Research and Development, EDF Store and Forecast has developed control software that utilizes advanced forecasting tools to precisely predict solar and wind production either in concert or stand alone with energy storage. This technology allows rapid management of state of charge of the system to meet system critical applications for energy storage. EDF S&F adds value to this space and leverages over 800 MWh of batteries installed worldwide across a range of applications from long duration storage to frequency response. This combination of EDF companies brings the much needed strength and experience to the market as utilities are exploring the potential for energy storage."

"EDF Renewable Energy acquired 100% interest in the project late in the first quarter of 2015 from Chicago-based GlidePath Power; construction commenced in June 2015. The system is interconnected at the distribution level into Commonwealth Edison Company (ComED). The battery and power electronics were supplied by BYD America, consisting of 11 containerized units totaling 20 MW (22MVA) and is performing at expectation.

EDF Renewable Energy is one of the largest renewable energy developers in North America with 7.8 gigawatts of wind, solar, biomass, and biogas projects developed throughout the U.S., Canada, and Mexico."

“EDF Renewable Energy is pleased to have reached commercial operation of our first battery energy storage system in the US, building upon the EDF Group’s substantial experience with grid-connected batteries across multiple markets. Through the provision of fast-response frequency regulation services, battery-based energy storage can facilitate the cost-effective integration of intermittent, renewable energy resources into the grid, and is therefore highly complementary to our core renewable generation business.”