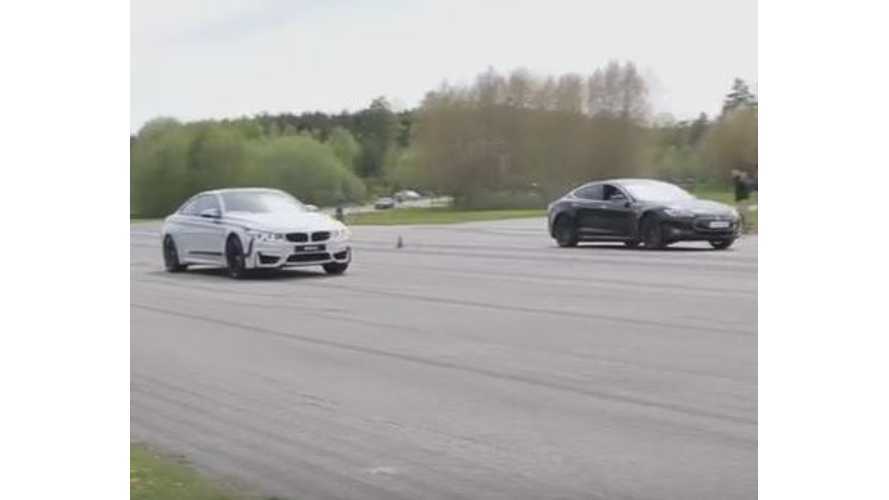 Benefiting from a rolling start, the BMW M4 actually keeps pace with the Tesla Model S P85D before pulling well into the lead later in the race.

We wonder, would the Model S have won if it was a standing-start race? Probably, but at a certain speed the Model S simply runs out of steam, meaning that the M4 would still pull ahead at some point late in the race.