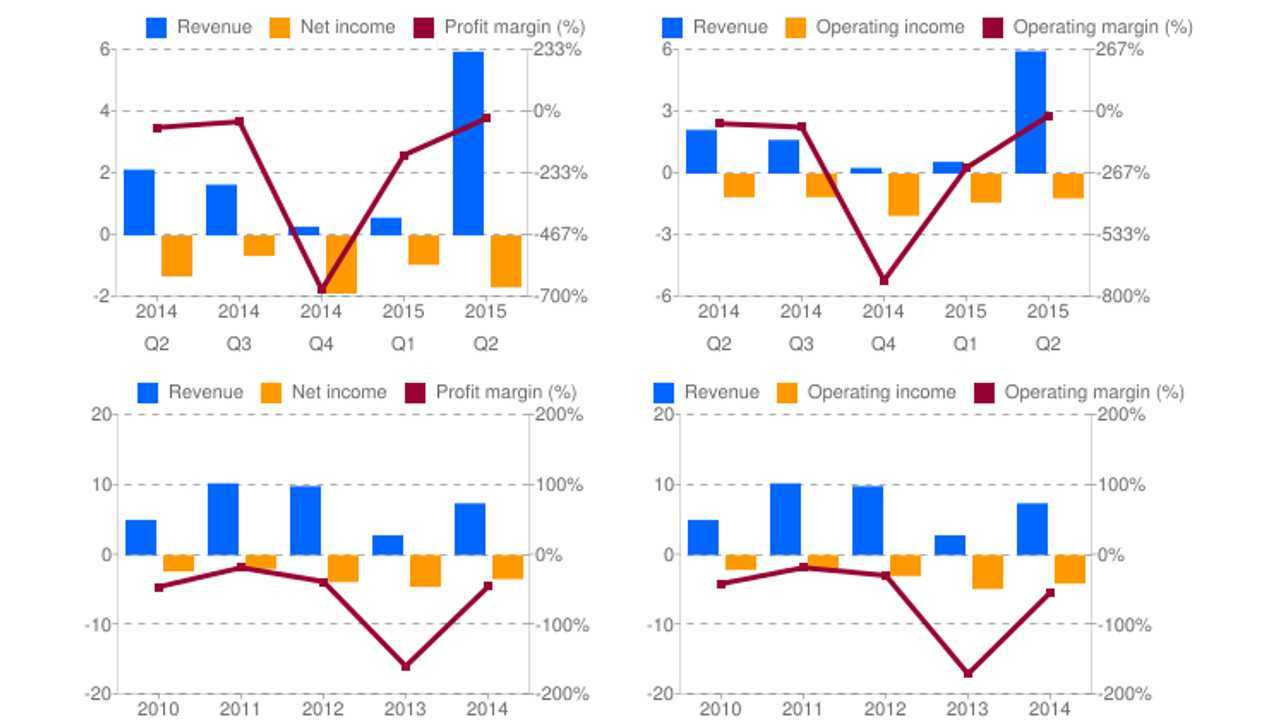 After Electrovaya acquired Evonik Litarion in Germany, revenues surged to $6 million making the second quarter of 2015 the company's strongest quarter in a long time.

With two more quarters to go, year 2015 could be the best since at least 2010 for Electrovaya, although it's still too early to note profits (net loss for the period after taxes stands at nearly $1.7 million).

In early July, Electrovaya announced order for anodes and cathodes to Leclanch for a 4.2 kWh battery system for the world's largest electric ferry in Denmark.

There is not much news on batteries for cars, but we hope there will be some new projects too.

"Our 100% owned German acquisition is a remarkable asset with technology and engineering depth that combines beautifully with Electrovaya's patented, non-toxic production processes. Electrovaya now has the technology and manufacturing capacity to become the world leader in clean Lithium Ion energy storage solutions".