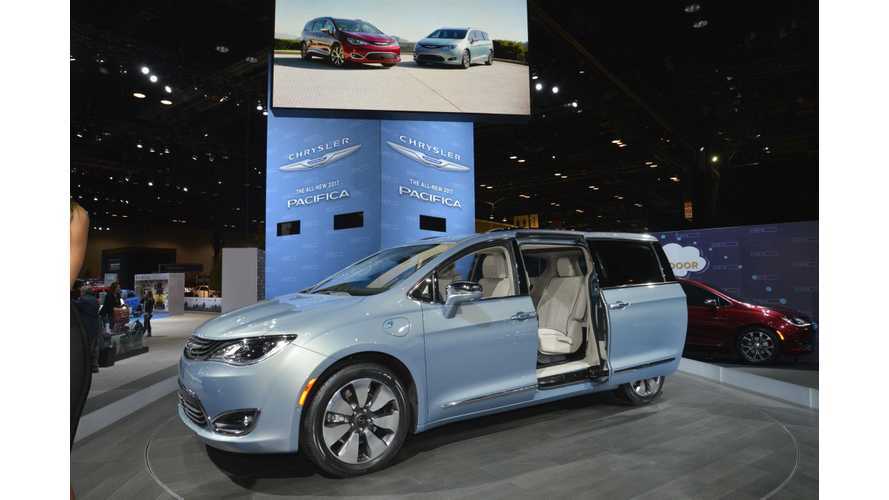 As Green car Congress points out:

"The agreement with FCA US marks the first time LG Chem will engineer and manufacture a complete battery pack in Michigan for a volume production North American PHEV."

That's a big deal for LG Chem's Michigan facility, as it was once the site of a lot of controversy.

"The Pacifica Hybrid, scheduled to be launched in late 2016 and introduced at the North American International Auto Show in Detroit, will be the first mass-produced hybrid minivan in North America. LG Chem will supply the completed battery packs, which integrate Li-ion cells, a number of electronic components, and control software."

LG Chem will manufacture the cells and packs at the LG Chem Michigan (LGCMI) facility in Holland, Michigan. The entire battery pack was engineered at its Troy, Michigan, facility (LGCPI), including hardware, software, prototypes, packs and electronics, such as the battery management system.

So, at least a couple of firsts with the upcoming Pacifica plug-in hybrid minivan. Way to go Chrysler and LG Chem!

"Our experience with entire battery packs, including cell design and manufacturing capability, as well as our expertise in vehicle integration, makes us the ideal battery supplier for the Pacifica Hybrid. We believe our technical strengths, engineering and manufacturing expertise, position us as a leading battery and control system provider for electric vehicles today and in the future."