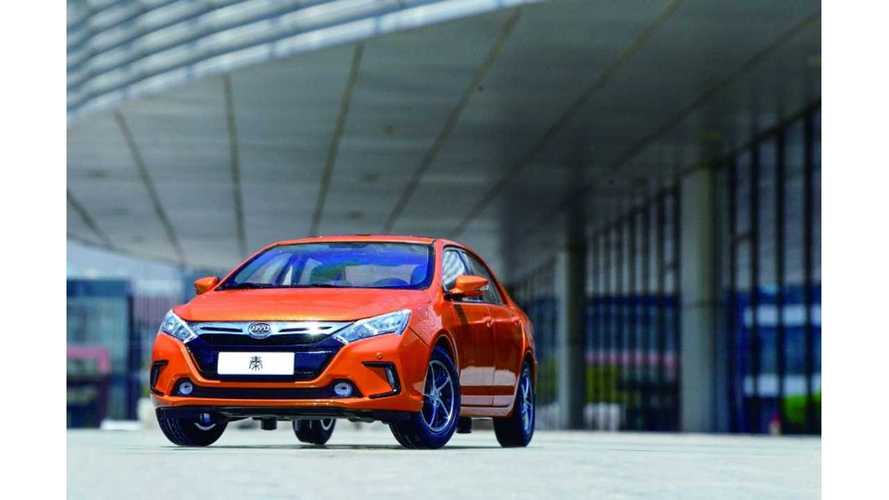 BYD has a reason to be happy, as its Qin plug-in hybrid nearly won its category Midsize Upper Economy in the latest J.D. Power 2015 China Initial Quality Study (IQS).

The Qin was second best with a score of 75 problems reported per 100 vehicles, while the top ICE model (Hyundai Mistra) had 73/100.

About the J.D. Power benchmark:

BYD provided some feedback from Qin owners (naturally... only positives):

"The comprehensive performance is beyond my expectations," one Qin owner offered. "If you charge the Qin every day, you can save a lot of money on fuel."  Extremely strong power performance and fuel efficiency have wowed most consumers.

BYD Qin has an EV Industry leading warranty of 6 years or 150,000 km greatly enhancing consumer satisfaction.  The life-time guaranteed battery has set a benchmark in new energy vehicle industry.  Another Qin owner stated, "in the beginning, we worried about the maintenance cost, but now the life-time guarantee for the battery has eliminated my doubts and worries.  We really appreciate that."

Finally, A Use For This Cutaway BYD Qin We Spotted At Auto China 2014 In Beijing!