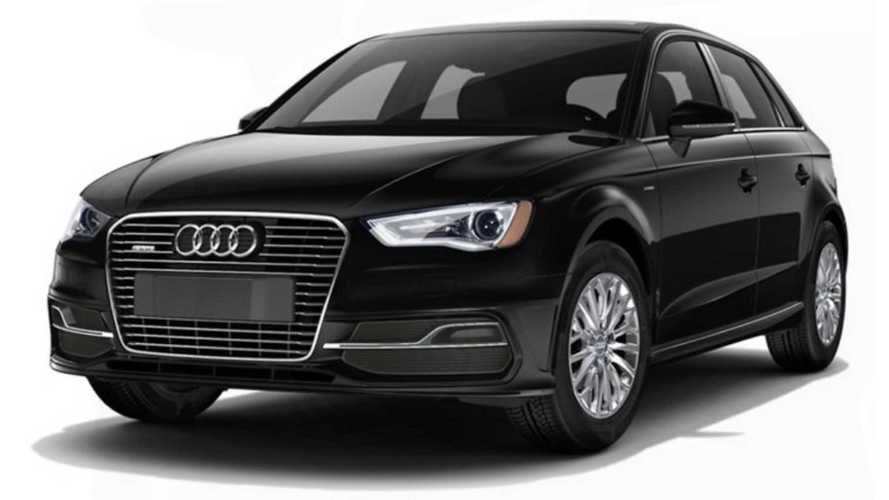 Internal documents filed by the Environmental Protection Agency show that the 2016 Audi A3 e-tron officially gets up to 17 miles on battery alone, a bit less than our guesstimated ~20 miles.

The expanded figures reveal that there are actually two versions of the A3 e-tron: A3 e-tron and A3 e-tron ultra.

The ultra version gets a rating that's 1 mile higher on electric than the standard A3 (17 miles vs 16) and ultra returns improved composite MPG and normal MPG, as well.

Here's a look at composite MPG and electric range for both versions of the A3 e-tron:

And here's the rundown on normal MPG figures:

Prior to the release of the EPA ratings, we had not heard of this "ultra" version, so we reached out to Audi to see what this range- & MPG-boosting package consisted of.  Here's Audi's answer:

"The main difference is wheel and tire size for the ultra. But essentially the same A3 Sportback e-tron with ultra-low rolling resistance 16” tires."

So, it seems that tires alone do make a rather significant difference.

The A3 e-tron is priced fairly aggressively in the United States from $37,900 (full details). The Audi is eligible for $4,158 from the federal government in plug-in credits because of its 8.8 kWh battery - giving it a price close to the base MSRP for the model.

A3 e-tron is available in the U.S now in limited numbers. Soon, it'll be available nationwide.

Here is the public/"on-screen" report on EPA's website for both trim level's today:

Audi A3 e-tron Range/MPGe (via EPA)