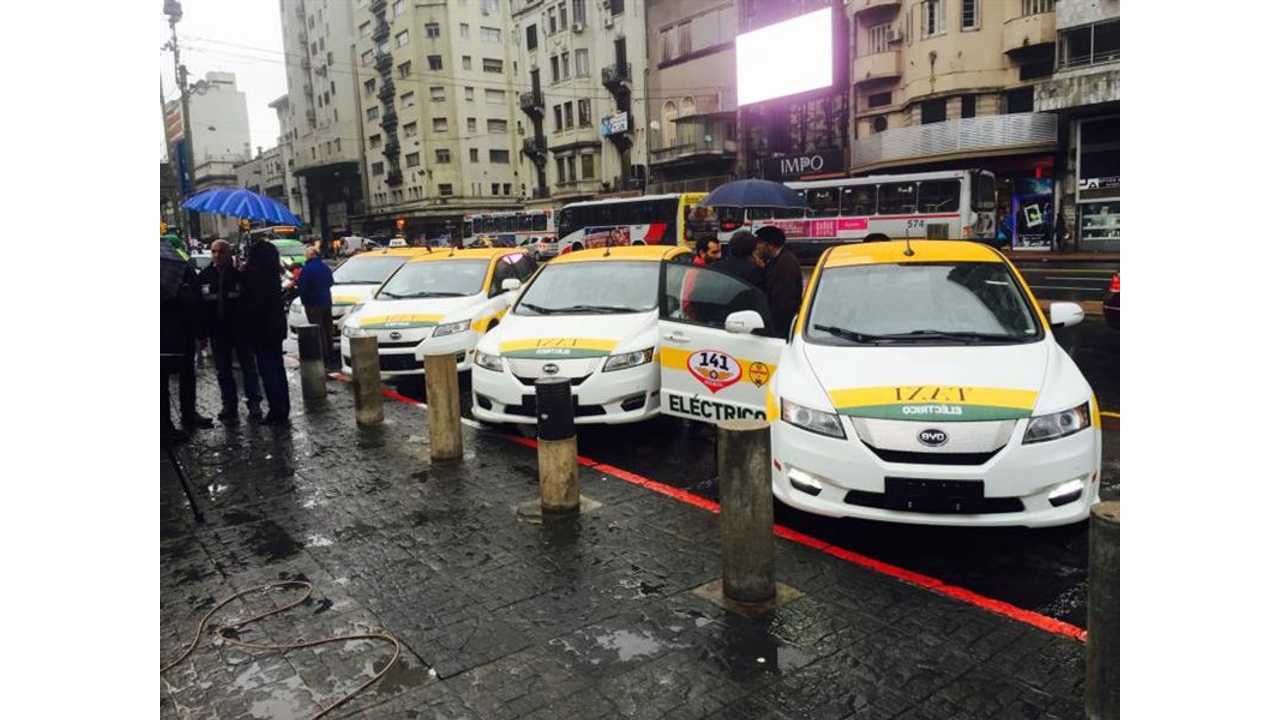 BYD is entering Uruguay with delivery of 50 all-electric e6 taxi in Montevideo.

This is another project in South America, as the Chinese company earlier delivered 45 e6 taxis in Bogota, Colombia.

Before introduction, the vehicles were in testing since February this year.

"In a ceremony held on Friday, August 14, national and departmental authorities were introduced to the first BYD electric taxis that will soon start operating in the city. Uruguay's Minister of Industry, Energy and Mining, Carolina Cosse; the Mayor of Montevideo, Daniel Martinez; the President of UTE, Gonzalo Casaravilla; and the President of the National Taxi Union, Oscar Dourado, all spoke of the importance of energy policies that promote more efficient and environmentally friendly technologies for the transport sector, particularly with electric fleet vehicles. Mr. Casaravilla and Mr. Dourado also emphasized the urge to build a zero pollution and zero-emission green Montevideo. Minister Carolina Cosse stated: "We need to develop a broader and more robust productive matrix, and the two main components are energy and innovation."

There is big chance that number of EV taxis will grow as Uruguay has prepared high subsidies (we are not sure about the correctness of $100,000 per car values in thepress release):

"To achieve such goals, the government will be offering unprecedented subsidies and advantages to those willing to embrace electric taxis as an alternative to the seemingly less costly fuel cars: the taxi license for a pure electric vehicle will have a 60,000 USD subsidy, which is 50% less as compared to a conventional taxi; owners will also be exempted of the 23% import tax on the vehicles. As for charging infrastructure, government stimulus policies will promote the installation of charging facilities with a 5,000 USD subsidy for each charging pole installed. Altogether, a single pure electric taxi in Uruguay will receive the equivalent to 100,000 USD in subsidies."