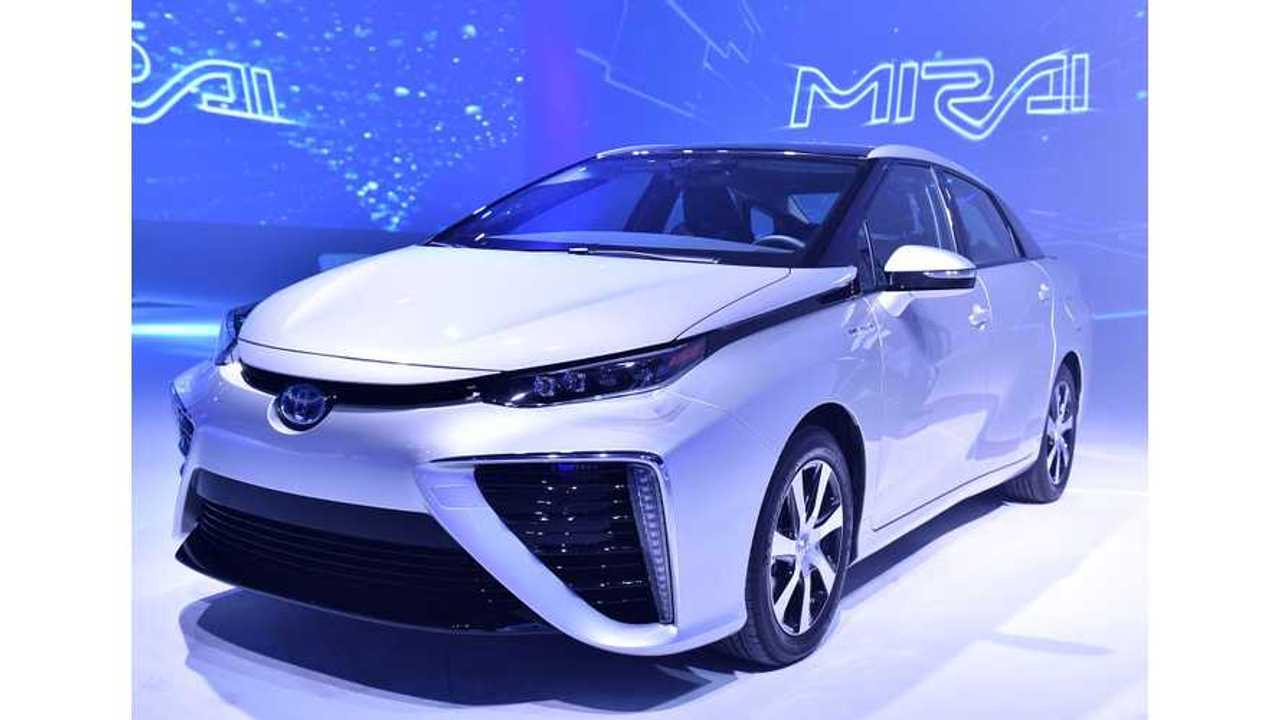 Somewhat ironically, and despite this being the flag-ship delivery, the first Mirai was delivered with only half a tank of hydrogen (good for ~150 miles).  We assume this is due to no public re-fueling station being particularly close to Roseville Toyota, and the temporary stations set up by Toyota are only rated at 5000 psi (350 bar), which can enable only 50% fills.

Still, you would think Toyota would go to at least a little effort to ensure they were not highlighting any shortcomings of infrastructure supporting the technology in its very first delivery in America.

(More information on these temporary stations can be found here)

As a result, it turns out the first thing on Glenn's "to do list" was to travel some 20 miles to find one of only two working/compatible hydrogen stations capable of filling his new Mirai currently in operation in the California.

Lots Of Whizz-Bang Tech Inside The Toyota Mirai

Rambach tells PCWorld that currently 95 percent of hydrogen fuel is made from natural gas, which is combined with steam to produce methane, and that efforts to produce it using methane captured from cows or waste management facilities are still in the exploratory phase.

According to Rambach, hydrogen stations of the future will be different than the trucked-in method of today:

“The big picture is for hydrogen stations to be self-contained—to make their own hydrogen onsite.” According to the magazine, a station Rambach is assisting in developing in Rohnert Park, California, is designed so "it'll someday be able to use solar or geyser power to make hydrogen fuel."

Estimated cost for each new standalone station is $1 to $3 million dollars, and there are currently 53 stations at some stage of constructure that should be completed by the end of next year, so the infrastructure will be getting a decent boost shortly.

Toyota is providing the first $15,000 of fuel free for the Mirai, but it is interesting to note that the cost of fuel for Mr. Rambach to top up the first ever Mirai was $13.59 per kilogram at the West Sacramento station.  With a 5 kg capacity tank, that works out to $67.95 a fill.

For lots more insight into the first delivery of the Mirai, Mr. Rambach, and the challenges surrounding the pioneering of fuel cell technology in the USA, check out the full PC World article here.