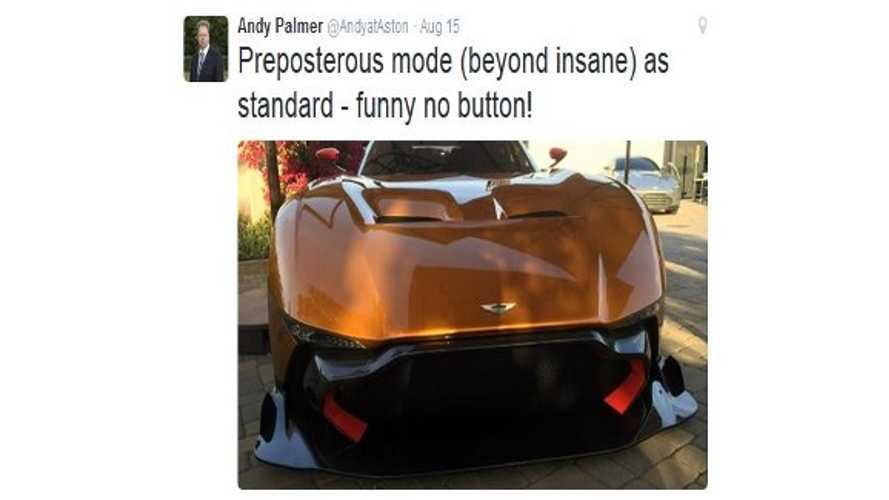 According to Palmer, Ludicrous is stupid.  Instead of focusing on Ludicrous acceleration, Palmer thinks that Tesla would be better off tweaking the Model S so that it can at least do a few laps at a decent race course.

Of course, Plamer here is referring to the Model S' inability to complete a few hot laps without dialing back power due to overheating.

“We don’t do Ludicrous because Ludicrous speed is stupid.”

“I think that the fact that you could drive a few laps of a decent race course or race it around the Nordschleife is much more interesting than doing 500 meters in Ludicrous mode.”

Andy Palmer then took to Twitter (preferred medium of Tesla CEO Elon Musk) to issues some Tweets aimed at Tesla:

We expect that the electric Rapide will have no problem with some hot laps.  If it does, then Palmer will be eating his words, that's for sure.