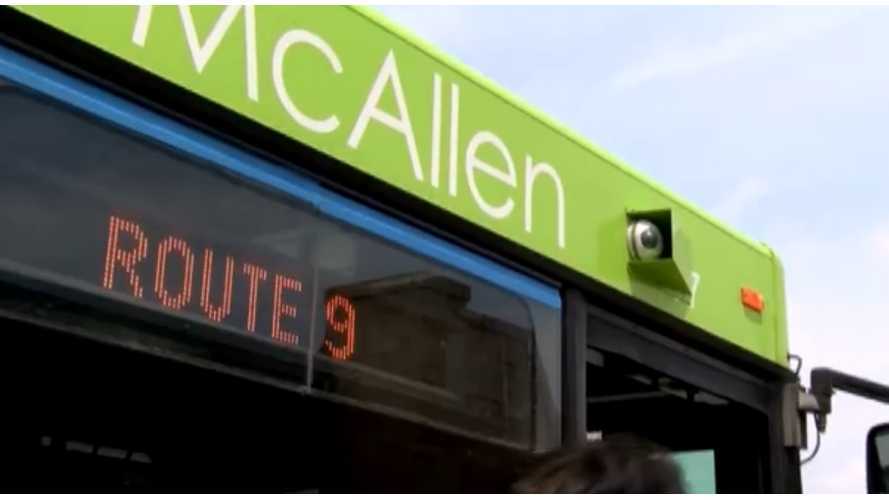 By: Jay Cole
What to do if you are looking to employ all-electric buses in your city, but your local routes are greater than those buses' effective range?   For McAllen, Texas, you just add on some wireless inductive charging.

"A fully electric bus will get you a 120 to 130 miles on one charge. We typically run 160 miles so that wireless charging will that will be achieved throughout the day will allow you to run the full 160 miles without having to pull the bus out of service.” - Mario Delgado, the transit director for the City of McAllen said to KGBT Action 4 News/Valley Central

Each bus has an approximate 12 minute stop at the end station during their routes, which is where the 'topping up' occurs before heading back out.

The two EVs are the first wireless charging buses in service in Texas today.  Hopefully, the start of a new trend for public transportation in the state.

Each all-electric bus costs about $600,000 - not cheap, especially when you consider the older diesel buses run about $400,000.   However the lifespan of the EV bus is much greater.  Mr. Delgado stated that a fuel savings of about 60 cents per mile is realized, and he expects each bus to log about 50,000 miles a year.

Some napkin back math says that the buses will breakeven in just under 7 years, before returning value to the city for the rest of their operational lives.  A conventional diesel bus is typically good for about 12 years of service; an electric bus is anticipated to last longer and cost much less to maintain.

Bonus moment (@2:10 mark):  As a counter-point (?) to the story, a McAllen resident tells us why electric vehicles are bad - something about ruining the trucking business, and diesel costs...we really aren't quite sure.