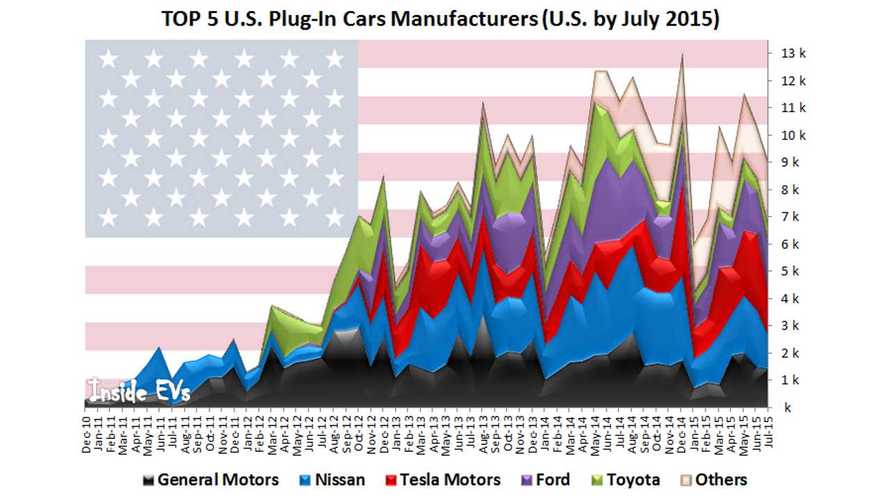 If you've ever wondered about plug-in electric car sales in US sorted by manufacturer, then we've got something special for you.

The top 5 are still delivering nearly 4 plug-in cars per 5 sold. Tesla is selling the most in 2015, achieving over 20% market share in recent months.

Closest to the top 5 is now BMW at less than 13,000 (3.7%), but there is huge gap to Toyota. That should give Toyota plenty of time to introduce the new plug-in Prius before BMW reaches the top 5.