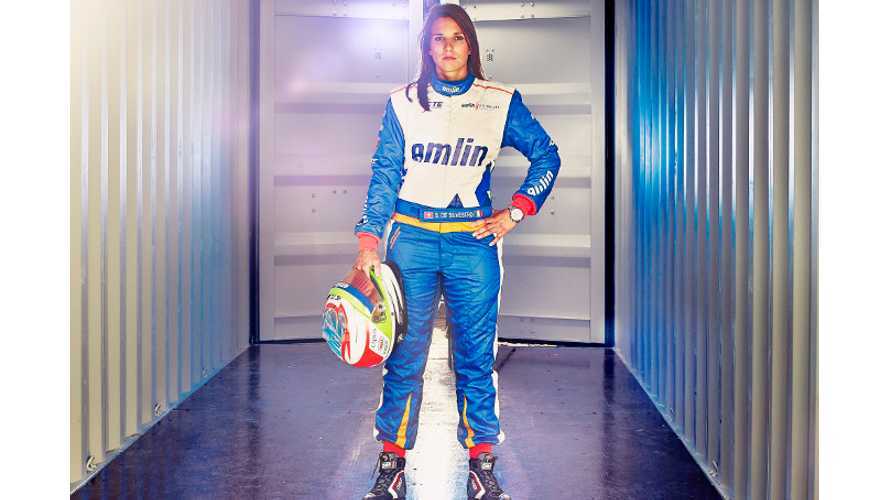 Female drivers like Simona de Silvestro and Katherine Legge already had a chance to race a few Formula E rounds.

But the second season could be first in which we will see a full-time female driver, as Swiss racer Simona de Silvestro joined Indianapolis-based Andretti Formula E team.

On Simona's shoulders rests the challenge to score first points for women or maybe even shine as a race winner.

“I’m happy to be joining the Andretti Formula E Team for this upcoming season. I’m really happy to be full time in the championship again and to work with both Amlin and TE Connectivity. I'm also looking forward to being part of developing the new Andretti Technologies powertrain and hope for a successful year with a great team.”

“I’m very pleased with the way season two is looking for Andretti Formula E. Simona did a great job at the London ePrix with very limited time to prepare, with a full season we are confident in her abilities to take the No. 28 Amlin Andretti car to the top of the podium.”

2013 - Competed in IndyCar with KV Racing Technology finishing 13th in the standings.

2012 - Competed in IndyCar with HVM Racing finishing 24th in the standings.

2011 - Competed in IndyCar with HVM Racing finishing 20th in the standings.

2010 - Competed in IndyCar with HVM Racing finishing 19th in the standings.