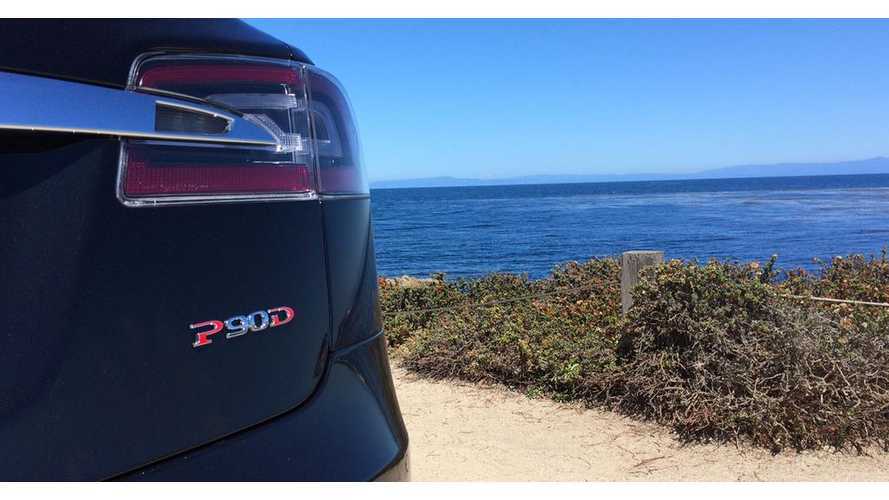 With Tesla Model S P90D deliveries now well underway, some reactions to its Ludicrous Mode launch have already been posted to the Internet.

"This was at the Scottsdale Fashion Square Tesla showroom. I noticed a slight difference between the P85D’s Insane Mode and P90D’s Ludicrous Mode; while both definitely pin you to your seat at launch, the P85D’s effect seems to taper off before you get to 60 mph and the whole sensation of being pushed back in your seat is negligible as it hits and passes 60 mph.

Ludicrous mode, the sensation of being pinned to your seat is stronger; I was in the passenger seat when the Tesla rep launched it; my stomach felt as if I was going on a straight drop on a roller coaster and my vision seemed to grey out for a bit …

Not only are you pinned at the initial launch, you are still pinned to your seat as the speed approaches near 60, at 60, and well into the ~70 mph range …"

And over at Tesla Motors Club forum, this was posted (via USAFsparky):

"The P85D is definitely INSANE 0-30 MPH then the pull drops off considerably…..It’s still unlike any Sedan on the road today…..EXCEPT the P90D. I wasn’t sure what the difference would be or if one could really quantify it – BUT you can.

The pull off the line is greater than 1G now and its all the way through 60 MPH. Seriously, its all you can do to hang on to the wheel and keep your eyes open. I recommend making sure your seat is where you want it because that force will push you back in the cracks of your seat. The first time I hit 75 MPH, I had to let off and just pull over and think about what just happened. I should have eaten breakfast first because I was a little nauseous after the first run and the fact that I was still getting the blood circulation back to my face said a lot.

I can only compare the feeling to a very serious amusement park ride where you just have to sit for a minute and get yourself back together. I think the passenger’s perspective will be different since they are just along for the ride and wont know what to expect and that is what is just LUDICROUSLY going to be the fun part. Going to get a few friends together for a trip to the store……LOL"

Lastly, here's video of the P90D with a Ludicrous launch near the end (some NSFW language in the credits at end of video):