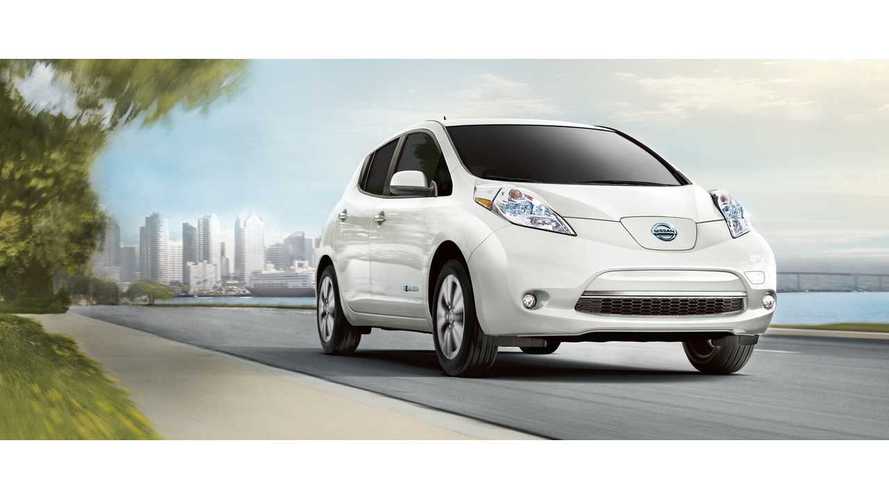 In the lengthy release we find a few mentions of the 2016 LEAF.

Yet To Be Officially Announced, But Here Is The 2016 Nissan LEAF Color Palette

Enhancements for 2016 will be announced closer to its mid-September on-sale date.

In the summary section, Nissan states:

Summary: Details on the 2016 LEAF will be available closer to its arrival at Nissan dealers nationwide in mid-September.

*UPDATE (10:40am): Nissan has quickly edited its press release to remove any mention of September in regards to the launch of the 2016 LEAF.  The text now reads as follows:

"Enhancements for 2016 will be announced later this year."

And in the summary section we now see this:

"Summary: Details on the 2016 LEAF will be available later in the year."

We suspect that Nissan has removed the September reference so as to not negatively impact sales of the 2015 LEAF, as it is also careful to not mention the larger battery.

So, the arrival of the 2016 LEAF is likely less than one month away. Those enhancements that Nissan is not willing to discuss at the moment include an available 30 kWh battery that takes range up to an estimated 110 miles, as well as some exterior color changes and other small differences from the outgoing 2015 LEAF.