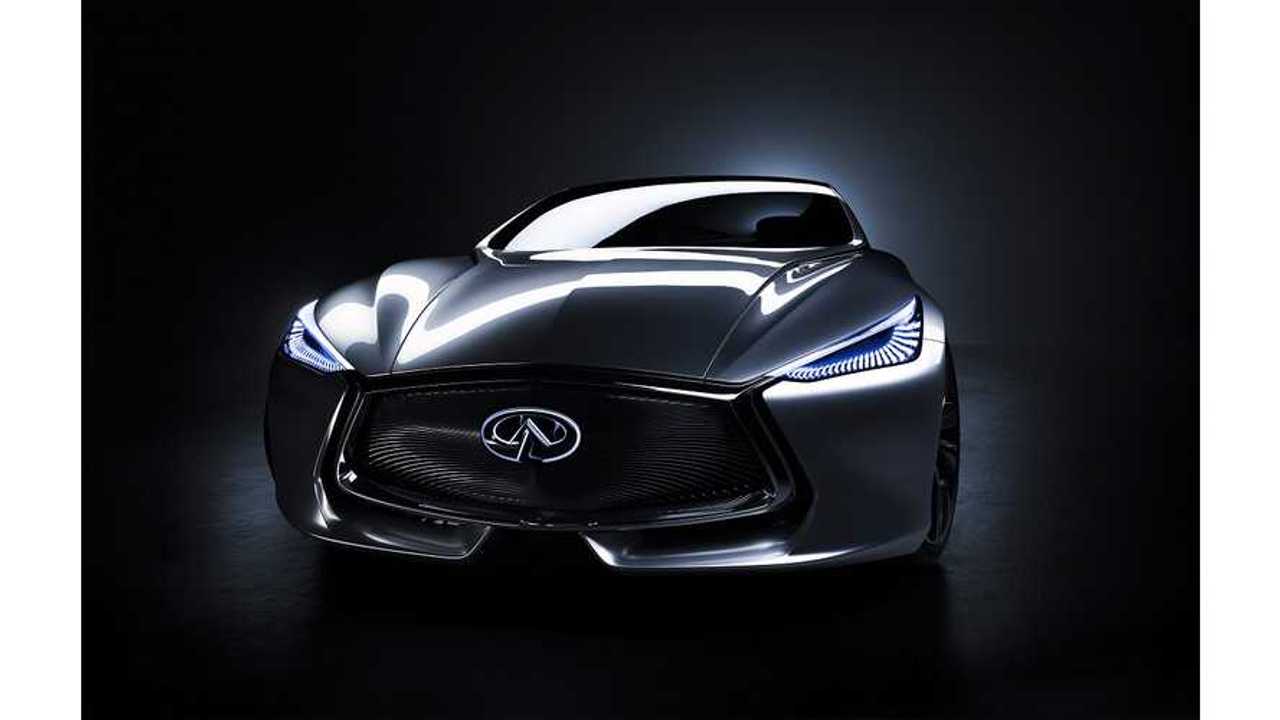 When the Q80 Inspiration concept debuted, it was billed as:

"This is the highest portfolio entry for Infiniti and our vision is to compete with a unique approach. This car is not the traditional premium sedan. It breaks new ground in areas of body sculpturing and passenger hospitality. And, we will introduce a powertrain which affords power responsibly. It's the perfect balance between performance and agility."

Now it turns out (according to a source inside Nissan), a plug-in hybrid car based on the Q80 Inspiration is heading into production.

The full-size PHEV will be the company's first entry into the extended range segment - and in the very high end, competing against the likes of the Porsche, Mercedes, and possibly even looking to take some sales from Tesla.

"The Q80 Inspiration concept was born to disrupt the premium sedan category," said Francois Bancon, Infiniti Vice President, Product Strategy. on the Q80 Inspiration debut in Paris.  "We aim to do this with elegance, style, and emotion. Q80 Inspiration is how we see the future in terms of moving people in the higher end of our portfolio. This car is making a statement. Q80 Inspiration is a precursor of a production model in this segment and, as such, integral to our future."

Infiniti Q80 Inspiration (Or Something Very Similar) Headed To Production

As a refresher on the Q80 Inspiration:

"Coupled to the innovative hybrid powertrain, a smart drivetrain reinforces the sporty appeal with the ability to switch from rear wheel drive to all wheel drive on demand, or as conditions dictate." - Infiniti PR

Automotive News reports that early development work is happening now at Nissan's Cranfield R&D site in central England, and is "being benchmarked against the Mercedes S500 plug-in hybrid and the Porsche Panamera E-Hybrid."

Timeline for launch is around 2018/2019, which would be after the premium, all-electric Infiniti LE (a premium version of the Nissan LEAF based on the IDS Concept shown recently)- which at last check was still tentatively expected in the first quarter of 2017.

The online magazine even managed to get a rare positive quote on PHEV technology out of the all-electric plug in maker - so you know Nissan is getting serious about producing a PHEV now.

"If you use the car to commute, then an EV is a good solution," said Francois Goupil De Bouille (head of Infiniti Europe) told Auto News," If you are traveling a lot from town to town, maybe a plug-in hybrid is better."