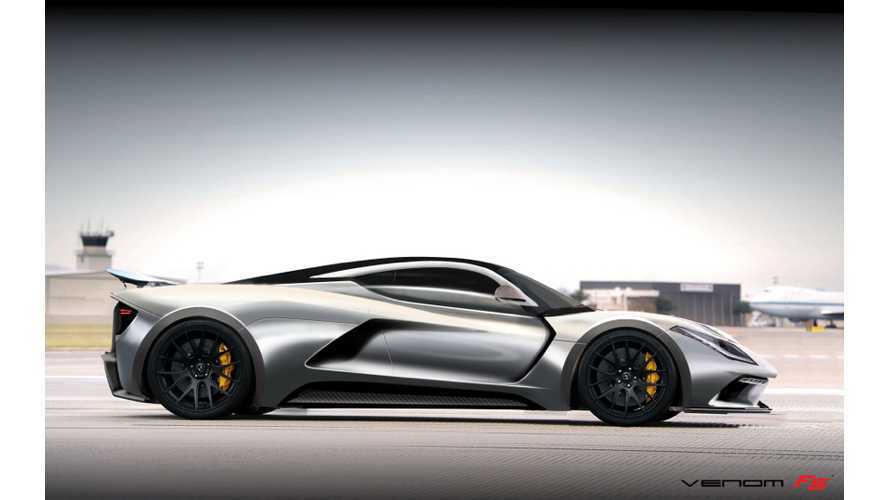 Hennessey is considering an all-electric supercar Venom GT, while at the same time ruling out a hybrid.

John Hennessey said at the recent SEMA show that a 1,000bhp all-electric hypercar is possible and not far in the future.

“We’re considering doing something with electricity. We’ve looked at it and I’ve got friends in that field, I’m just waiting for the batteries to become lighter and have more capacity. But I don’t think that’s far away.”

“Ferrari, Porsche and McLaren have done a great job at proving that hybrid technology works, but I’m not interested in hybrids. I’d only do the Venom with an engine or as a straight electric."

For now, Hennessey sees the problem in weight north of two tons for decent range, but most of us will agree that it's just a matter of time when even Hennessey will switch Venom to electric.

Next generation ICE Venom F5 is to arrive in 2017.