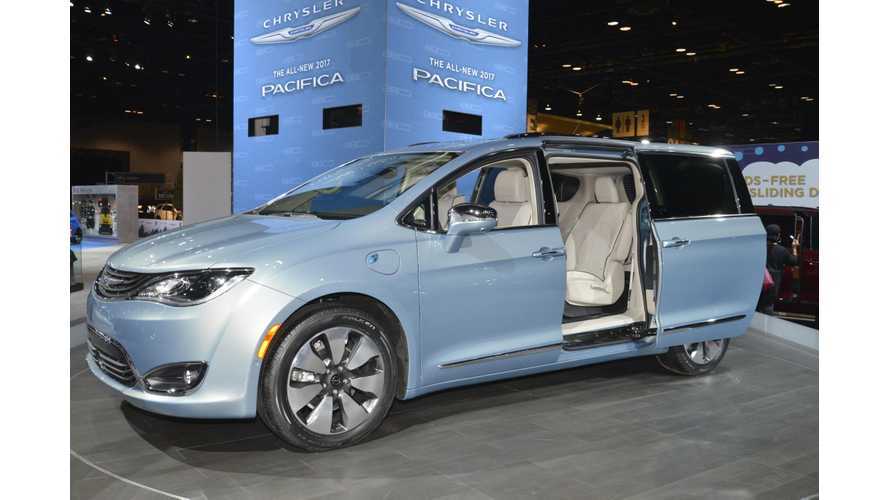 LG Chem has announced that it will be tasked with supplying the 16-kWh battery pack and battery management system for the Chrysler Pacifica plug-in hybrid minivan.

Exact terms of the deal weren't released, but an LG Chem spokesman did state:

"The deal will play a crucial part in our plan to generate 1.2 trillion won in EV battery sales this year."

And we've learned that LG Chem secured hundreds of billion won in sales through the deal, but that's all we know for now.

"With the deal, LG Chem is now in business with all of the so-called "Big Three" clients in the U.S. automobile market, having previously signed contracts with GM and Ford. In 2009, LG Chem was named the exclusive supplier of EV batteries for the GM Volt. The company also signed a deal with Ford in 2010."

"We are going to push for leadership in the global battery market, backed by a strong alliance with the big three U.S. clients."

LG Chem will use its Michigan factory to build the packs for the Pacifica plug-in hybrid, thereby solving the mystery from last Fall of "who is LG Chem adding a 4th production line for?"

The Pacifica PHEV features a 16-kWh battery pack, which provides it with an estimated electric range of ~ 30 miles. MPGe is estimated at 80, while pricing is still unknown at this time.

The Pacifica PHEV is expected to go on sale in the second half of 2016.