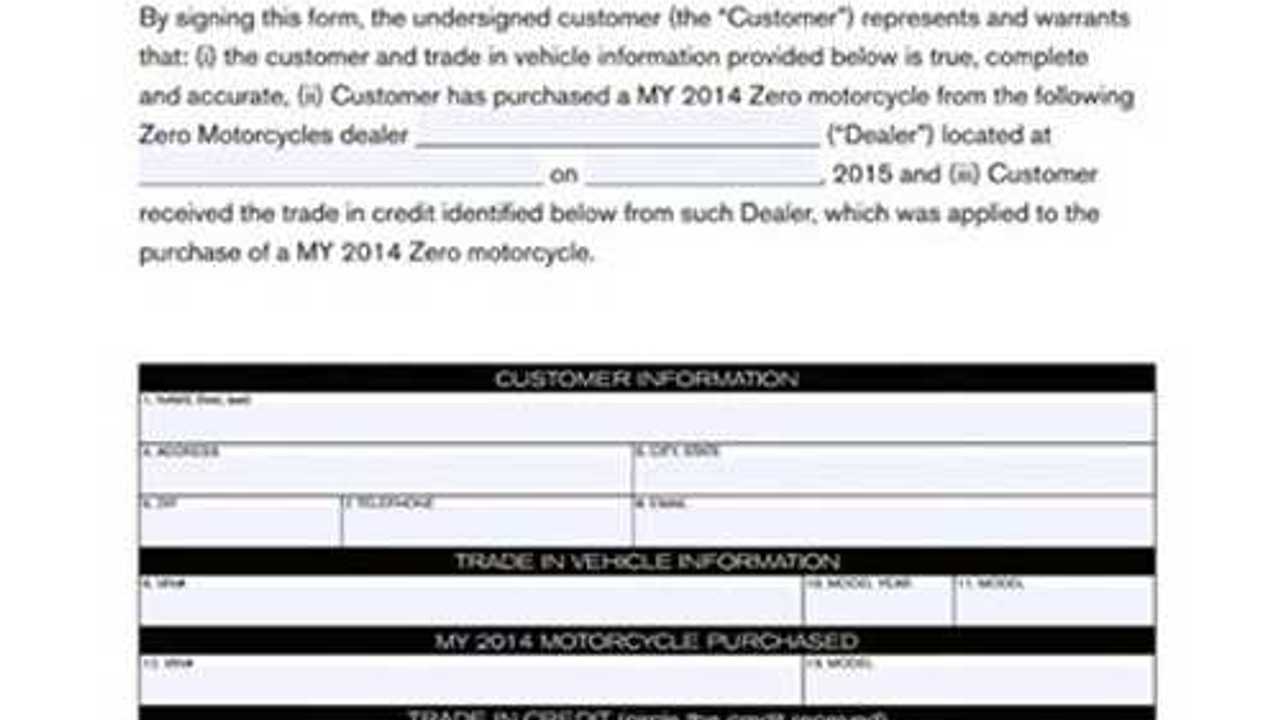 In an interestingly unheralded move, Zero has offered a package to reward its early adopters, (or get older, troublesome models off the street, depending on how you want to look at it). This is a trade-in allowance for 2010, '11 and '12 bikes (as listed) towards available 2014 models.  We've contacted a few people to get more details, but not much is forthcoming, either from dealers or from the Zero homeworld.  We'd suggest you contact your dealer for more details.

This is interesting because of several things.  First, we've been wondering what Zero might do to fix some pesky problems they've had with legacy bikes - motor issues, general glitches, overall due to products that can best be described as "in development".  Many would describe them as the common practice of beta-testing your client base, but we're not going to jump on that train.  Beta-testing your client base, as a corporate practice, is a more despicable practice in various sectors when done by established companies with resources - but that have elected to spend those resources on production runs rather than focus groups and testing.  Zero, on the other hand, we prefer to assume was acting in good faith and just trying to get out products the best it could, and has legitimately improved their performance and reliability.  (We still believe in the Easter Bunny, too.  Though his name is "Energizer".)

In any case, Zero was faced with increasing tech support pressure for these bikes, stocking parts that were not current, and getting thrashed on social channels for a pattern of early-bike problems.  What's an innovative company to do, when it out-innovates itself?

Second, this is an offer for last-year's model in stock bikes, which would suggest they still have a bunch of them, and they, in fact, are much better than the previous years as we suspected.

By all accounts, this offer has come directly from Zero to its dealers, and it's up to the dealers to promote it.  We're unable to determine if Zero is offering a buyback plan to those dealers who take trade-ins, or who ends up with the orphaned bikes, or what will become of them.  Is there an upgrade that Zero is planning, with the Z-Force powerplant?  Are they going to the crusher?  We can only guess.