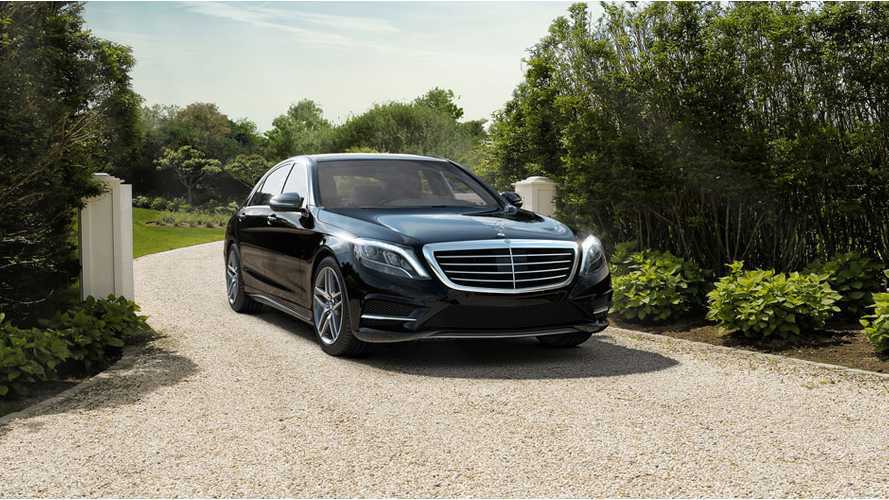 By: Jay Cole
In light of the Mercedes-Benz S550 Plug-In Hybrid's arrival in the US last month - selling an even 10 copies, we figured we would pass a long a review of the first new EV offering you can actually buy in America this year.

As one would expect, CNET on Cars takes the S550 PHV out for a pretty thorough spin and files the above report (starting from the :50 mark).

Likes?  More capable than older hybrid attempts in the S Class family, great on the highways, much more efficient overall.

Dislikes?  Some battery intrusion in the trunk.  Pretty stupid location for charging (rear bumper).  Car ride is "buttery", throttle response is not consistent.

Conclusion:  "An S Class that the world wasn't looking for, but that California and other state regulators where."

We will note that CNET seems to be under the impression that Mercedes was almost forced to make this car, and that credit/regulatory issues are at play making this car a reality behind the scenes.

However,  like the upcoming extended range Cadillac CT6 is to General Motors' compliance needs, the truth is the small number of S550 Plug-in sales are just as immaterial to Daimler - who in no way needs any regulatory help in the US.

A full 1% of Daimler sales are already of the pure electric variety - thanks to the 2,123 Mercedes B-Class and smart Electric Drive cars sold through the first 7 months of the year in the US;  putting those numbers another way, that would be akin to General Motors having sold 17,800 Spark EVs already in 2015.

As a primer, the Mercedes luxury plug-in retails from $94,400 (the most inexpensive S Class the company sells) and features a 8.7 kWh battery that gets the big sedan to 60 mph in 5.2 seconds.  Electric range comes in at about 20 miles on the top end.  (Update: Or 12 miles in the US according to the EPA)